Maldives' debt to India at a staggering MVR 25 billion 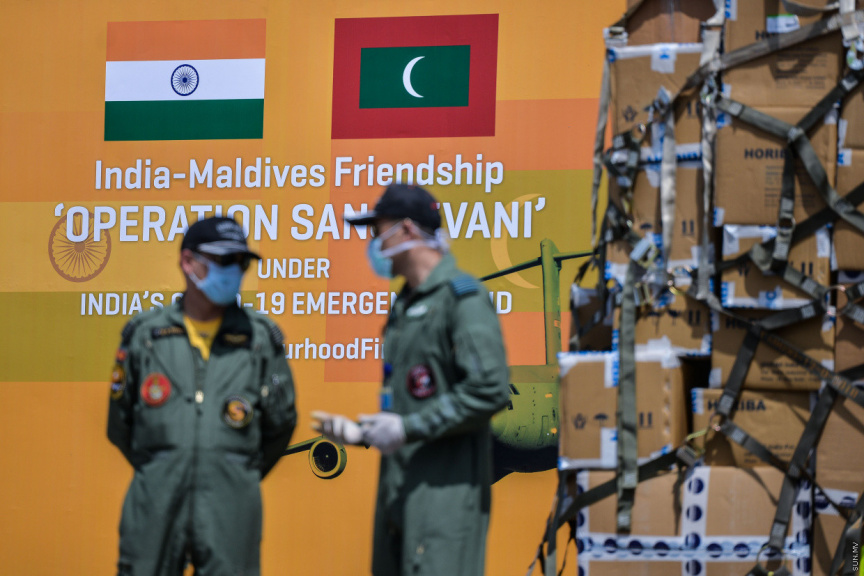 April 2, 2020: Indian military assisting in the transport of a medicine shipment to Maldives which was stuck in India due to the COVID-19 lockdown. (Sun Photo/Fayaz Moosa)

Estimations made for Maldivian debt to India since the current administration came to power have been calculated at as high as MVR 25.4 billion.

Parliamentarians questioned Finance Minister Ibrahim Ameer in the parliament regarding the debts today during a Ministerial questioning session. The Minister then gave some details of the state debts owed to neighboring India in today’s sitting.

Details provided by the Minister are:

All of this has a grand total of USD 1.65 billion (MVR 25.44 billion) as simple calculations show.

The Minister at the parliament said that the LOC facility of USD 800 million would not increase state debt. The debt would only increase as per infrastructure development projects funded from the facility.

The Minister also reminded that the Maldives had previously sold bonds to foreign private parties, as he was speaking about the sale of Treasury bonds to SBI.

He was adamant in maintaining that the government was managing the cash flow even during the unforeseen disaster of a pandemic that the world was in. Minister Ameer said that there were no difficulties in managing state expenditure before rounding off by saying that some projects have since been recommenced after an initial halt due to COVID-19.