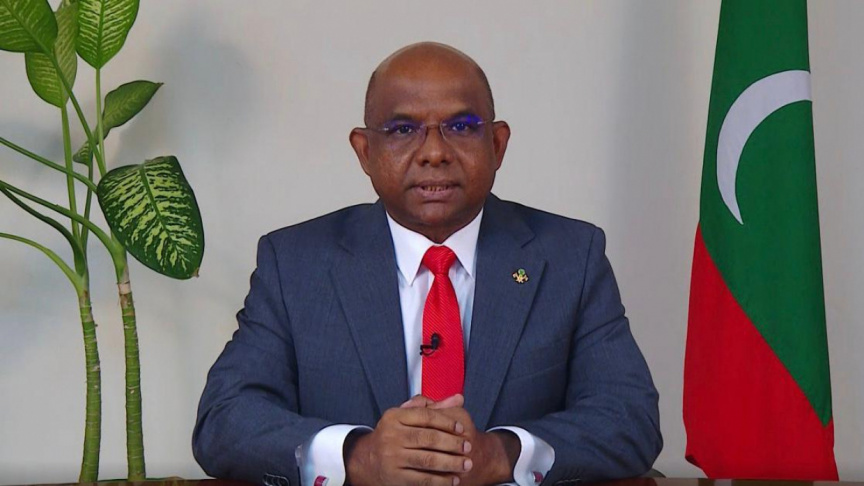 The Maldives has called for necessary reforms to be brought to the United Nations.

Maldivian Foreign Minister Abdulla Shahid was speaking in a video address at the 75th session of the United Nations General Assembly when he made the remarks.

In his address, the Foreign Minister called for modernized reforms to be brought to the United Nations before acknowledging that the UN still is the best hope for humanity, cooperation as well as the best platform for dialogue and the best check against ultra-nationalism, and xenophobia.

The Minister said that the Maldives would remain fully committed to the UN and would cooperate with the agency always.

Before expressing the support of the nation towards the multilateralism policy of the UN, the Minister noted words of the first Permanent Representative of the Maldives to the United Nations Ahmed Hilmy Didi, 55 years ago.

“A handful though we are, we dedicate ourselves to the principles of this world body and declare our faith in the support of the Charter of the United Nations”, said Minister Shahid quoting the words of the first Permanent Representative.

Minister Shahid also noted the efforts by the international community to develop the spirit of multilateralism in the face of one of the biggest challenges faced by the world as of recently.

The Minister also focused on the humanitarian efforts of the current Maldivian administration including efforts by the Maldives in the Rohingya Muslim crisis and the issue of Palestine. The Minister said that the Maldives was prepared to share its experience as a nation working to establish a culture of respect towards human rights.

Minister Shahid also focused on climate change and plastic waste as well as waste congestion of the seas. The Minister called for the implementation of the Paris Convention to tackle this serious issue before speaking on the difference in the international community which had been exposed due to COVID-19.