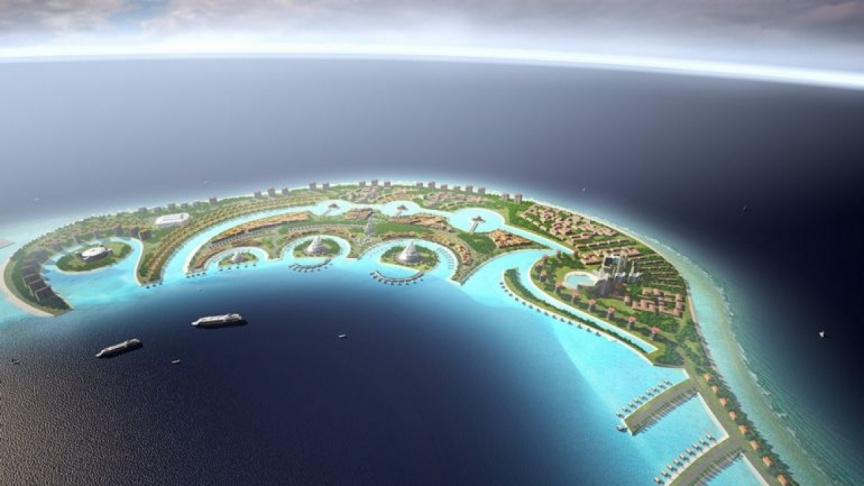 An illustration of the Ihavandhippolhu project.

Investors are being sought for the northern region of Ihavandhippolhu in the Maldives.

The Tourism Ministry today announced that it was seeking investors interested in the project in Ihavandhippolhu. More information on the project is to be revealed on October 4.

The former administration of President Yameen and attempted to develop the “Eye Haven” project in Ihavandhippolhu where bunker services, an airport, and a port was to be established in addition to real estate and tourist resorts as well as shopping malls. The project was placed on hold due to a lack of investors.

Current Economic Minister Fayyaz Ismail had stated that the region was perfect to be developed as a trans-shipment port.