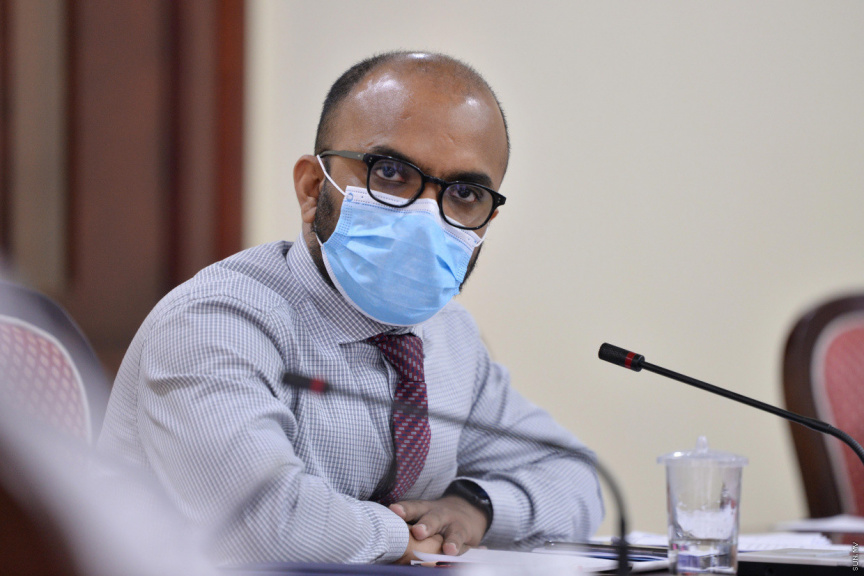 Finance Minister Ibrahim Ameer has announced that the government has drafted new revisions to the Public Finance Regulation to minimize risk of corruption in awarding government contracts, and has sent it to be published on the Government Gazette.

In a tweet on Thursday evening, Ameer said that the government is engaged in affecting necessary revisions to the Public Finance Act in order to minimize the risk of corruption.

He noted that the government revised the provision regarding the award of contracts to corporative societies and national organizations under single-source procurement in July.

He shared details of the previous revision as well as the new revision in his tweet.

Article 10.27 of Public Finance Regulation has been revised to state that government contracts may be awarded to state-owned companies or companies listed on Maldives Stock Exchange that the government has shares in. As such, the contract will be awarded after the head of finance of the office provides information regarding the type of project, cost, the recommended contractor, as well as the reason for the decision to award the contract to the specific contractor to the minister in accordance with the provision. It will also require the recommendation with the minister and approval from the national tender board.

10.27 (a) Though it may state otherwise in another Article of this Regulation, procurements on behalf of the state without bidding must be carried out in accordance with the following:

4. Though Article 10.27 (a) (3) may state as such, the company to which the contract is awarded may obtain necessary permission in accordance with Article 10.09 and subcontract work that cannot be carried out unless by another party, to a third party.

5. It must be verified that the company to which a contract is awarded under Article 10.27 (a) (1) and (4) have the necessary financial and technical capacity.

6. It must be verified by the company that work subcontracted under Article 10.27 (a) (4)cannot be carried out unless subcontracted to a third party.

7. If a contract is awarded under Article 10.27 (a) (1), the company to which the contract is awarded to must be determined after the financial head of the office declares the reason for the decision to award the contract to the specific company, along with the type of contract, cost and the company, and submits the information to the minister, and in accordance with the recommendation of the minister and with necessary permission under Article 10.09.

State debt increases to MVR 79.8b