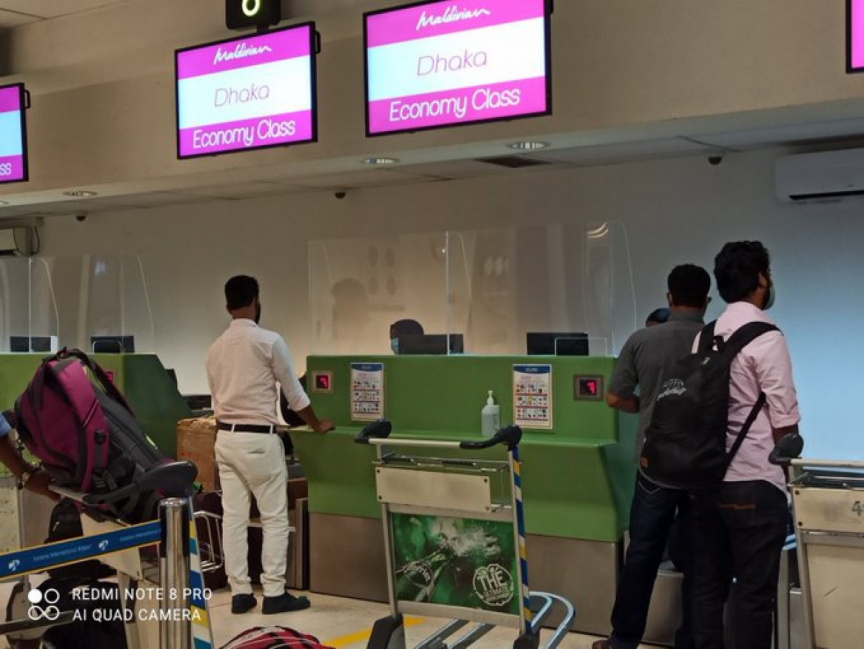 Bangladeshi workers check-in to a repatriation flight to Dhaka on September 24, 2020. (Photo/Maldivian)

The Maldivian government, on Thursday, repatriated an additional 200 Bangladeshi workers from the country, as part of its voluntary repatriation program in collaboration with the national airline – Maldivian.

The repatriation flight departed to the Bangladeshi capital Dhaka on Thursday afternoon.

Approximately 8,000 workers have been repatriated to Bangladesh under the program, many of them undocumented.

The flight on Thursday is Maldivian’s 35th repatriation flight to Dhaka.

Maldives has a population of close to 150,000 migrant workers. Maldivian Economic Minister Fayyaz Ismail has stated that while Maldives Immigration’s records place the number of undocumented migrant workers in the country at 62,000 – the actual figure is believed to be within the range of 80,000 to 100,000.

Most of the migrant workers in Maldives are Bangladeshis.

Fayyaz has announced the government plans on repatriating 20,000 undocumented workers this year.

He said that the workers will be repatriated after checking police records and obtaining necessary documents from high commissions.