Dr. Shaheem returns to politics, as advisor to opposition coalition 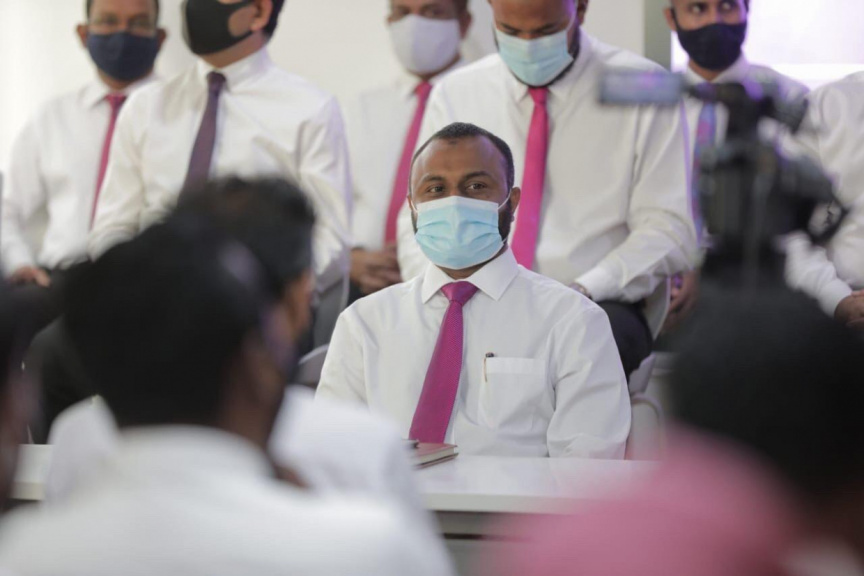 Former Islamic Minister Dr. Mohamed Shaheem Ali Saeed has returned to the political arena as an advisor to the opposition coalition, composed on Progressive Party of Maldives (PPM) and People’s National Congress (PNC).

Shaheem had been the running mate of former President Abdulla Yameen Abdul Gayoom in the 2018 presidential elections, but left PPM and relocated overseas to work as Advisor to the Secretary-General of Organization for Islamic Cooperation (OIC) following the defeat in the elections.

He returned to Maldives after two years, and rejoined the political arena this Thursday, with his appointment as advisor to PPM and PNC.

Announcing the appointment in an event on Thursday evening, PNC leader Abdul Raheem Abdulla said the appointment was made with the support of the leadership of the two parties, as well as the councils.

“Today marks another milestone in our efforts. Given the current situation of the country, having a person of Dr. Shaheem’s caliber join us in the frontlines is a significant boost to our work,” he said.

Speaking at the event, Shaheem, who previously also served as Chancellor of Islamic University of Maldives (IUM), said that that he remained loyal to Yameen, and that his conscience did not allow for him to work with any other political movement.

“I am not joining you for a specific position. Abdul Raheem offered me the position of advisor, I did not ask for it,” he said.

Shaheem reiterated his support to PPM and PNC, and said that he had continued to speak in support of Yameen  over social media during his time overseas.