President: Maldives is one of the most active small island states 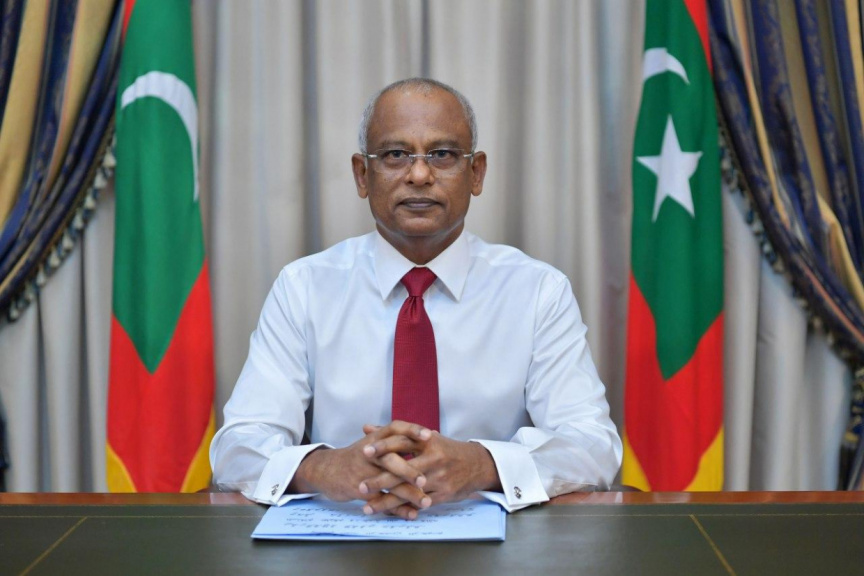 President Ibrahim Mohamed Solih, on Monday, said that Maldives, over the course of its time as a member state of the United Nations, has become one of the most active and visible island states.

He made the remark in his message on occasion of Maldives’ 55th anniversary as a member state of the UN on Monday.

In his message, President Solih said that the 55th anniversary as a member state of the UN was a proud milestone for Maldives, given that many in the international community had doubted the nation’s ability to maintain its sovereignty when it gained its independence back in 1965.

“At the time of our independence, July 26 1965, many in the international community doubted that an impoverished island state in the Indian Ocean, with a population numbering less than two hundred thousand people, could stand on its own two feet as a sovereign nation,” he said.

President Solih said that Maldives remained grateful for the decision of the UN to accept Maldives’ membership, but that it had never taken the decision for granted.

“In the time since, we have transformed our country into a middle income economy, sustained by a world-renowned tourism industry. We are one of the most active and visible small island states, acting in concert with our international peers to resolve pressing issues, including the climate emergency, and Covid-19. We have used every opportunity to be represented on some of the UN’s most important platforms – including in its Human Rights Council on two occasions,” he said.

Noting that the 55th anniversary of Maldives’ membership at the UN almost exactly coincides with the 75th anniversary of the UN itself, President Solih reiterated his commitment to abiding by the principles and values enshrined in its charter.

“Those values, most importantly, multilateral engagement on the basis of mutual respect among all nations, is what will allow us to confront and resolve the challenges that face us,” he said.