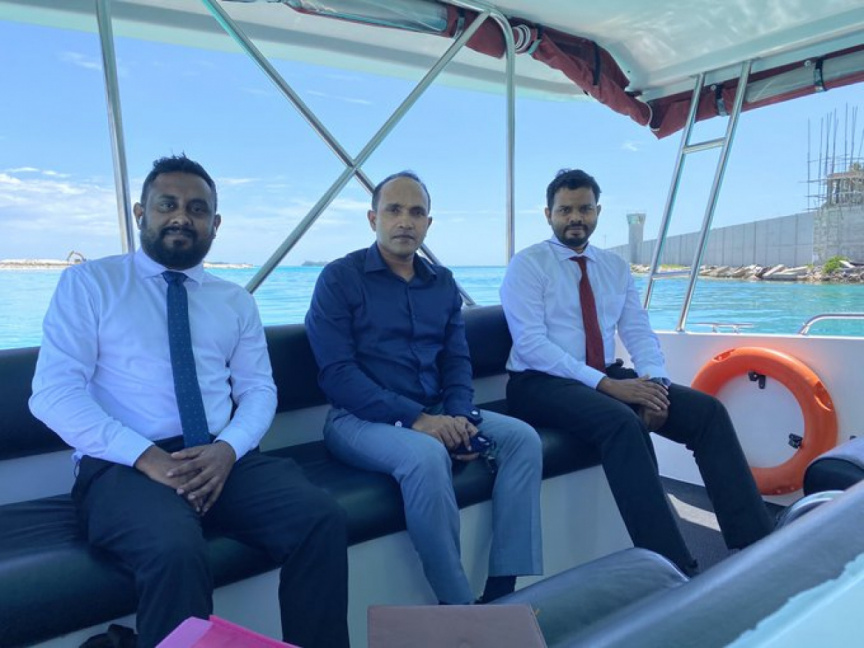 Dr. Mohamed Jameel Ahmed, a member of the team of legal representatives for former Maldivian President Abdulla Yameen Abdul Gayoom said the lawyers met with Yameen in Maafushi Prison on Monday, and that he is in good health.

The Criminal Court issued an order for arrangements to be made for physical meetings between Yameen and his lawyers a week back.

Maldives Correctional Service made arrangements for the meeting to take place from 02:00 pm to 04:00 pm this Monday.

Following the meeting, Dr. Jameel told Sun that Yameen is in good health, and that he said he was in prison for the sake of the people.

Dr. Jameel said that Yameen also expressed certainty that the charges against him are an act of political retaliation, in light of the actions of the government, how he was sentenced, as well as the current circumstances.

“It was of far greater concern to him that people not stand idly by as the situation of the nation worsens, that they do everything they can to hold the government accountable,” he said.

Dr. Jameel said the charge sheet for the new bribery and money laundering charges filed with the Criminal Court against Yameen is over 200 pages long, and that the case file has approximately 600 pages.

He said that this Monday’s meeting had gone well, but that the lawyers needed more time with their client to prepare for such a big case.

In a tweet following the meeting, Dr. Jameel said he never though there would come a time when a meeting between the former Maldivian leader and his lawyers would require a court order.

He said that it proved that the promise by President Ibrahim Mohamed Solih of establishing a “clean” justice system by and the remarks made by Home Minister Imran Abdulla did not make sense.

“While President Yameen is incarcerated and has to beg for his constitutional rights, princes and princesses are sitting on the throne of development he built. The hope for this nation remains with President Yameen.  God willing, we will succeed,” he said.

Pretrial hearings in the new charges against Yameen have been postponed to provide him time to meet his lawyers and prepare for the case.