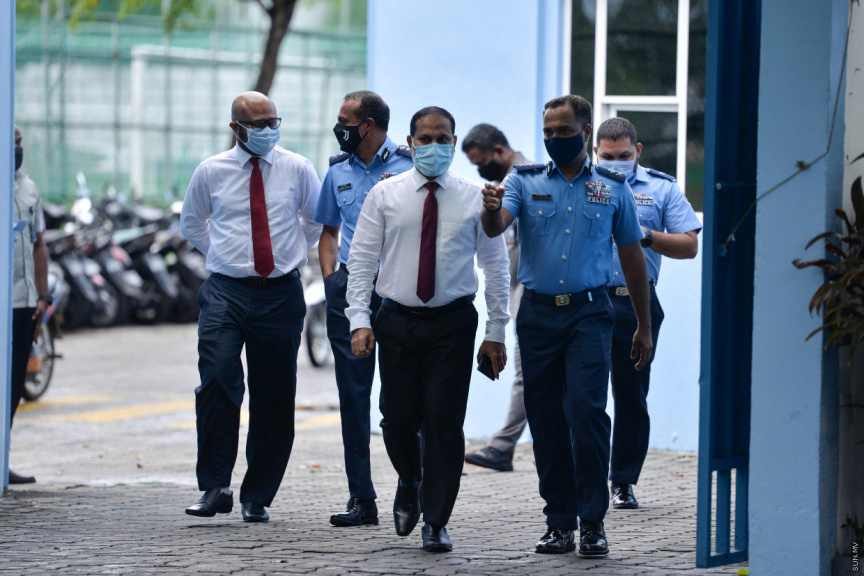 Home Minister Imran Abdulla has stated that the current administration does not plan on a full repeal of the amendment to the Freedom of Assembly Act passed during the former administration.

The amendment passed during former Maldivian President Abdulla Yameen Abdul Gayoom’s administration restricts freedom of assembly, assemblies in locations expect for those designated by the Home Ministry will require prior written permission from the police. Home Ministry has designated only one location for assemblies in Male’; the Alimas Carnival area.

Kaashidhoo MP Abdulla Jabir, an independent candidate, submitted a bill to repeal the amendment. It was sent to a committee for evaluation before it was abandoned, after Jabir announced his decision to withdraw the bill. However, the speaker recently announced that a bill cannot be withdrawn after it is sent to a committee for evaluation, and the work on the bill has begun anew.

The Parliament’s National Security and Foreign Relations Committee summoned Imran for a meeting regarding the bill on Tuesday.

Speaking during the meeting, Imran said that freedom of assembly can only be allowed in a manner which does not violate the peace and security of the community.

“We too, are engaged in discussions regarding establishing a balanced system where the constitutional right is protected without loss of public peace,” he said.

Opposition PPM deputy leader, Guraidhoo MP Mohamed Ghassan Maumoon said that he believes the amendment makes it easier for the police, but pointed out that the repeal of the amendment had been an electoral pledge of the current administration.

Imran responded that he believes the amendment contradicts the Constitution and requires revision, but that the next amendment must be one which is more effective and beneficial.

Chief Superintendent of Police Abdulla Shareef, who also attended the meeting, said that the bill submitted by Jabir will infringe on the rights of many if it passes, and that the police therefore wished for the bill to be revised before it is passed.

“We are talking about damages and difficulties to other members of the community or other parties as we work to solve complications we face when we attend to disperse assemblies for violations,” he said.

“Our statistics and research shows a system which allows for this [assemblies] in the streets will severely obstruct the work of policing and result in difficulties.”

Home Ministry has been asked to present a draft of the necessary revisions they wish to make to the bill.

Imran has asked for three weeks to prepare the draft, citing the difficulties in working amidst the coronavirus outbreak.