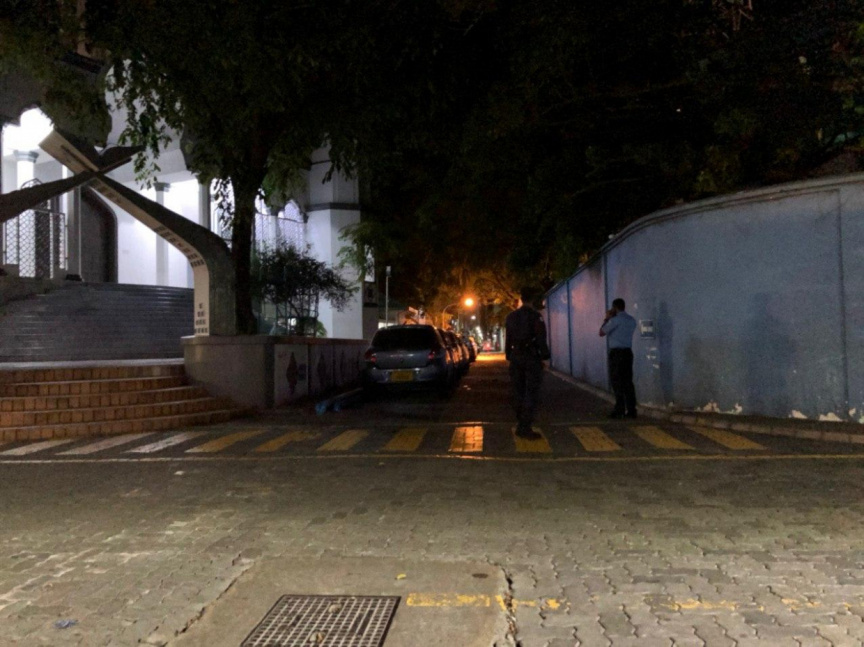 One has been left injured in a mugging in Male’ City.

The mugging took place near a mosque in Ameenee Magu in Male’.

According to the police, the suspects are believed to have been on two motorcycles.

They attacked the victim with a sharp-edged weapon and stole a substantial amount of money from him, said the police.

The case was reported to the police at approximately 10:34 pm on Thursday.

The victim has been taken to Indhira Gandhi Memorial Hospital (IGMH) for treatment.