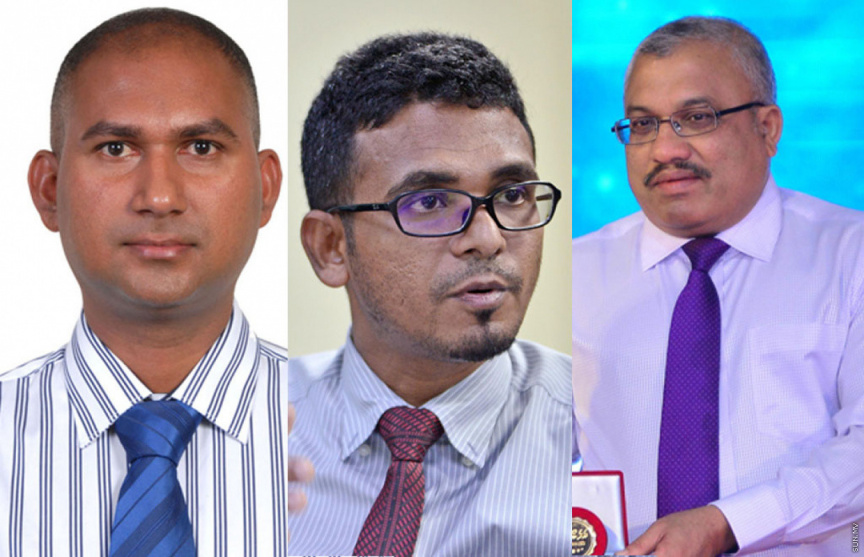 According to ACC, the charges against Jihad, Munawar and Lirar being sought in response to a case submitted to the commission regarding put- option right included in seven agreements, signed under joint venture agreements for tourist resort development, stipulating that the government must relinquish its shares to private shareholders or a party of their choosing, free of cost, once development phase of the islands are complete.

ACC completed the investigation and submitted the case to the Prosecutor General’s Office for charges on Thursday.

ACC has requested for them to be charged with using influence of position to obtain or confer an undue advantage under Article 12 (a) of Anti-Corruption Act, with acting in a manner which precludes an advantage to state where a benefit exists under Article 13 (1) of the Act.

ACC said that seven islands were leased for development as tourist resorts by Tourism Ministry; B. Thiladhoo, Sh. Hurasfaru, Sh. Naainfaru, R. Fasmendhoo, K. Emboodhoo Finolhu, K. Kodhipparufalhu (Dhidhdhoo Finolhu), and K. Kodhipparufalhu (Ameengiri), out of which all islands, with the exception of B. Thiladhoo, were leased under Article 5 of Tourism Act, while B. Thiladhoo was leased following the eighth amendment to the Tourism Act.

Meanwhile, the remaining six islands; Sh. Hurasfaru, Sh. Naainfaru, R. Fasmendhoo, K. Emboodhoo Finolhu, K. Kodhipparufalhu (Dhidhdhoo Finolhu), and K. Kodhipparufalhu (Ameengiri) were leased without public tenders, under lease agreements signed with joint venture companies formed under joint venture agreements formed between the government and private companies under the exemptions declared under Article 5 of Tourism Act. And while the lease acquisition cost was paid to the government, ACC said it believes the exemptions under Article 5 are awarded under the understanding that the government, in addition to receiving land rent once the resort is operationalized, will also continue to receive return on investment.

ACC said that letters presented by investors for some of the islands show the put-option right had been included following discussions by Tourism Ministry.

Meanwhile, the lease agreement between the Tourism Ministry and private companies for B. Thiladhoo, Sh. Hurasfaru, Sh. Naainfaru were signed by Lirar, who had been serving as Deputy Tourism Minister at the time.