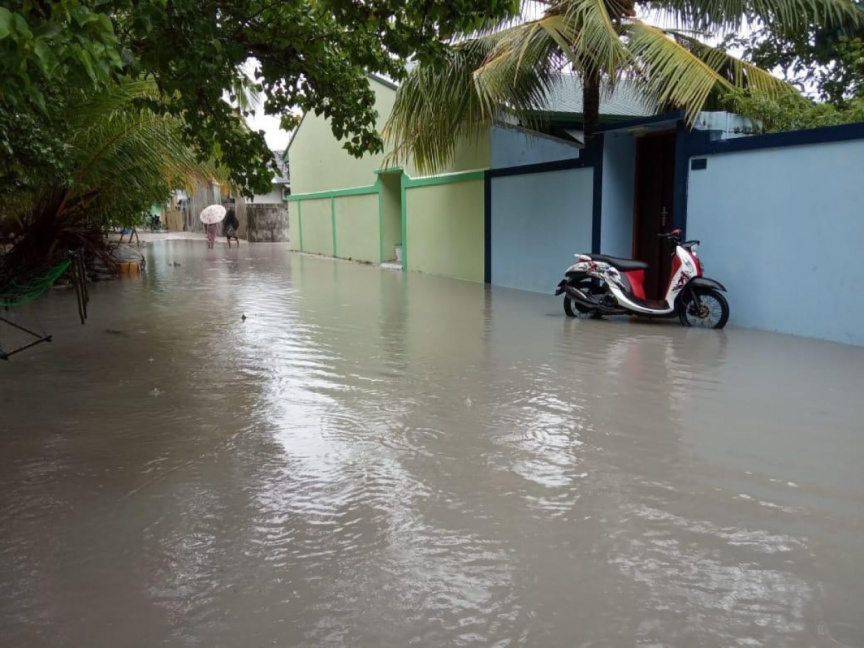 Heavy rains experienced in Sh. Funadhoo has led to flooding affecting many houses.

Funadhoo Council President Ahmed Ibrahim Fulhu said to Sun today that the rains that started around midnight last night had been continuing since then. The rainfall had let up a bit now, said the Council President.

A large portion of the northern region on the island had experienced heavy floods and around 20 houses were affected by the flooding.

Although no damage was caused to the households, authorities were working to control the flooding and prevent other houses from being affected.