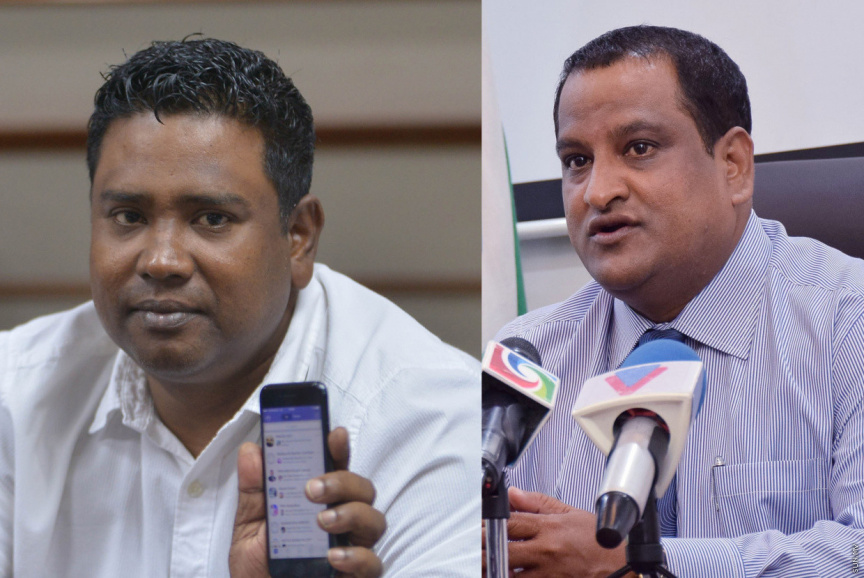 Maldives Police Service, on Tuesday, cancelled summons sent to former Hoarafushi MP Mohamed Ismail and former Fenaka Corporation managing director Mohamed Nimal instructing them to present themselves for questioning in connection to a recent rally held by the opposition in Male’ City.

The rally, organized by the opposition coalition, composed of PPM and PNC, was held on Sunday night. The rally began at the Chaandhanee Magu-Majeedhee Magu junction and ended at the PPM headquarters.

The police, in the summons sent on Monday, said that both Mohamed Ismail and Nimal had taken part in a gathering in the streets of Male’ held in violation of the Freedom of Assembly Act, and made “calls to overthrow a legitimate government, encouraged the public to engage in the aforementioned illegal activity, and appealed for it”.

They have also been accused of obstructing the flow of pedestrian and vehicular traffic on the roads, and of intentionally obstructing the execution of the law and the rule of the state.

Mohamed Ismail was instructed to present himself to the police headquarters for questioning at 03:00 pm, and Nimal at 4:00 pm this Tuesday.

However, they said the police called them to inform that the summons issued to both have been cancelled, and that they will be provided instructions on when to present themselves for questioning at a later time.

“We are beyond fear now. We are holding a protest again tonight at 8:15 at the Chaandhanee Magu junction. A peaceful protest. I, Mohamed Ismail, will be in the frontline,” he said.

Assemblies in public locations in the capital except for the Alimas Carnival area requires a prior written permit from the Home Affairs Ministry, a restriction imposed through an amendment to the Freedom of Assembly Act pushed by PPM, who are now the opposition, during the 18th parliamentary assembly.