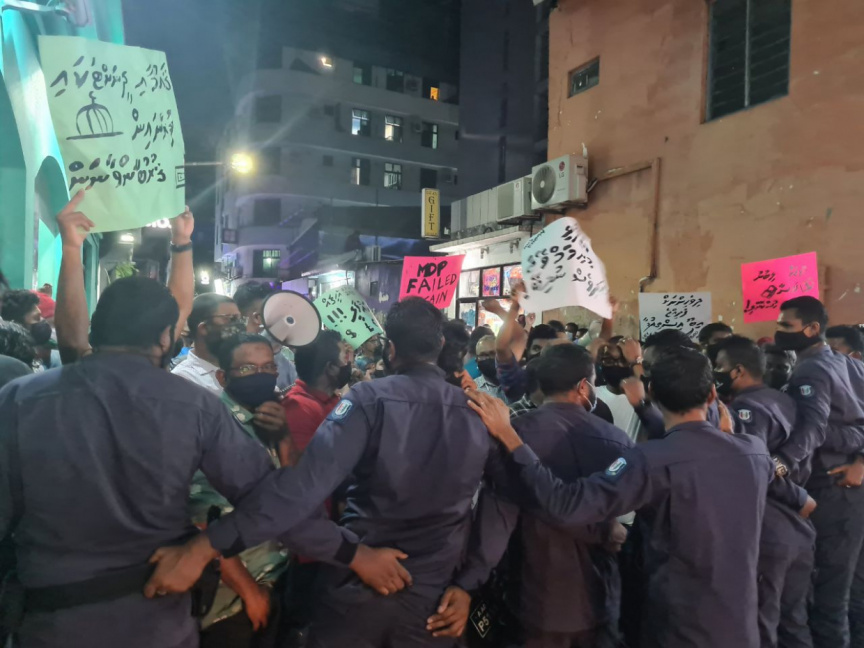 Leaders of the opposition coalition, composed of PPM and PNC, gathered in the streets of the Maldivian capital on Sunday to stage a rally titled ‘Enmen Eh Adakun’ which translates to mean ‘One Voice’.

Sun’s reporters at the scene witnessed seeing police officers attempt to push back the protesters.

But the protesters pushed through the police line and are marching along the Majeedhee Magu. One protester has been taken into custody.

The protesters are demanding that the government expel all foreign military personnel from Maldives and introduce minimum wage as promised.

They are also demanding that the government expedite the award of 7,000 housing units built under the Hiyaa Housing Project, launched during the administration of former Maldivian President and opposition leader Abdulla Yameen Abdul Gayoom.

The protesters are also calling the current MDP administration a failure, and are demanding President Ibrahim Mohamed Solih’s resignation.

The opposition previously announced plans to hold a rally titled ‘Failure’, but postponed the rally after they were denied necessary permits.