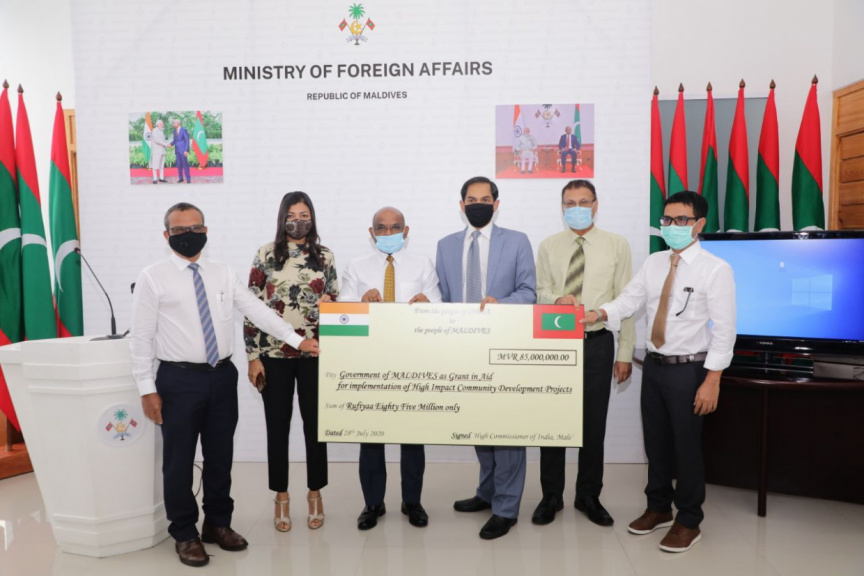 The financial assistance will support nine projects run in Maldives under a MoU for Indian Grant Assistance for Implementation of High Impact Community Development Projects signed between Maldives and India on March 17, 2019.

Speaking at the ceremony, Foreign Minister Shahid said work on the projects had continued despite the coronavirus pandemic, and that the symbolic handover of the financial assistance for the projects will serves as an incentive to begin construction work as soon as possible.

The ceremony was attended by parliamentary representatives for constituencies of Addu City and parliamentary representative for Hoarafushi constituency, officials from Foreign Affairs Ministry, and officials from the Indian High Commission in Male’. Meanwhile, the Mayor of Addu City Council, the President of the Hoarafushi Island Council, officials from President’s Office, Finance Minstry and Maldivian High Commission in India participated in the event virtually.