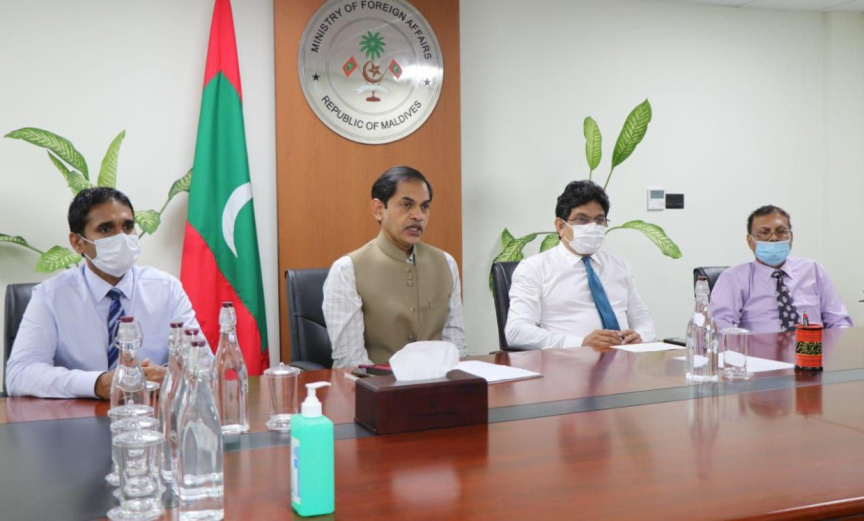 Agreements have been signed for the establishment of neighborhood fish factories in two wards of Addu City.

The factories are to be established in Maradhoo and Hulhudhoo.

Contracts for setting up Fish Processing Plants in #Maradhoo & #Hulhudhoo were signed today. A 3rd plant in #Hithadhoo is already underway. These 3 Plants will be executed by @AdduCityCouncil under a total Indian grant assistance of approx MVR 23 million. @MEAIndia pic.twitter.com/mAcrQFpHP7

Foreign Secretary Abdul Ghafoor, speaking in today’s ceremony said that the factories were important economic and social projects for Addu City which would pave the way for further investments. The factories would also ease some of the challenges posed to the fishing industry in the city as well as a boost for the economy.

The factories are being established with the aid of Indian. Foreign Ministry has said that, including the project to be commenced in Hithadhoo, India would provide around USD 23 million for the three projects.

Worker dies after falling from 14th floor of building