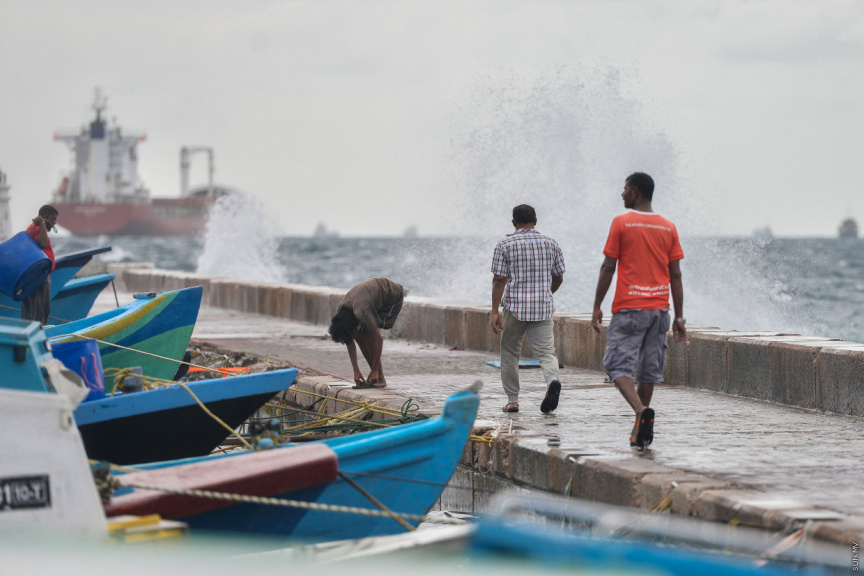 The white alert for swell wave surges is in effect from 03:00 pm to 06:00 pm this Saturday. Maldives Meteorological Service expects swell wave surges to affect some of the islands from K. Atoll to Addu City during the period.

Meanwhile, Maldives Meteorological Service has issued a white alert for heavy rain and thunderstorms with gusts of up to 45 miles per hour for islands from F. Atoll to L. Atoll. The white alert is in effect from 01:45 pm to 06:00 pm.

The agency forecasts scattered showers with a few thunderstorms across the country, and a few heavy showers over the southern atolls.

Winds may gust to 40 miles per hour during showers.

Seas are forecasted to be moderate in central and northern atolls and slight becoming moderate during showers in southern atolls.