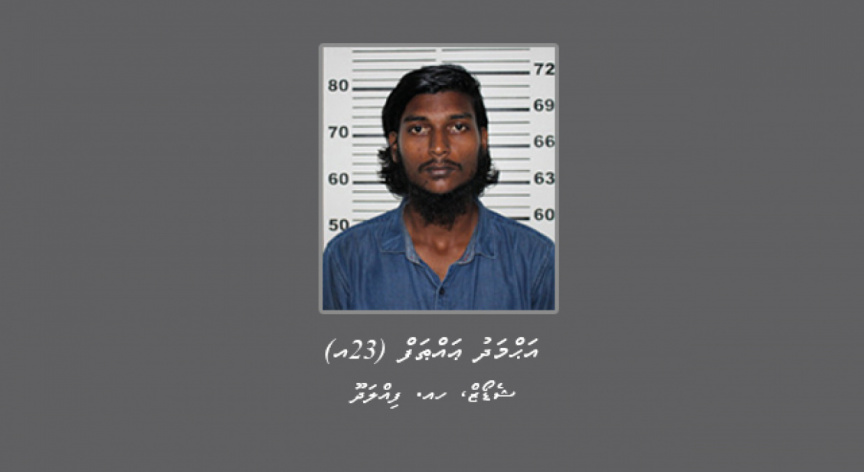 The Prosecutor General’s Office announced on Thursday it has filed charges against a man accused of raping a 17-year-old girl.

Ahmed A’thaf, 23, Shadows, H. A. Filladhoo was arrested on July 3. He is accused of entering into an illegal marriage with a 17-year-old girl, and sexually assaulting, raping and impregnating her.

He was presented to the M. Muli Magistrate Court for his remand hearing the next day, during which the court ordered for him to be jailed pending the outcome of his trial, citing sufficient grounds to believe he may intimidate witnesses and destroy evidence.

The Prosecutor General’s Office announced on Thursday that he has been charged with “deliberately touching a child’s body with sexual intent” under Article 3 of the Special Provisions Act to Deal with Child Sex Offenders.

The charge carries a sentence of 10 to 14 years in prison if proven.

The charge was filed with the M. Kolhufushi Magistrate Court.