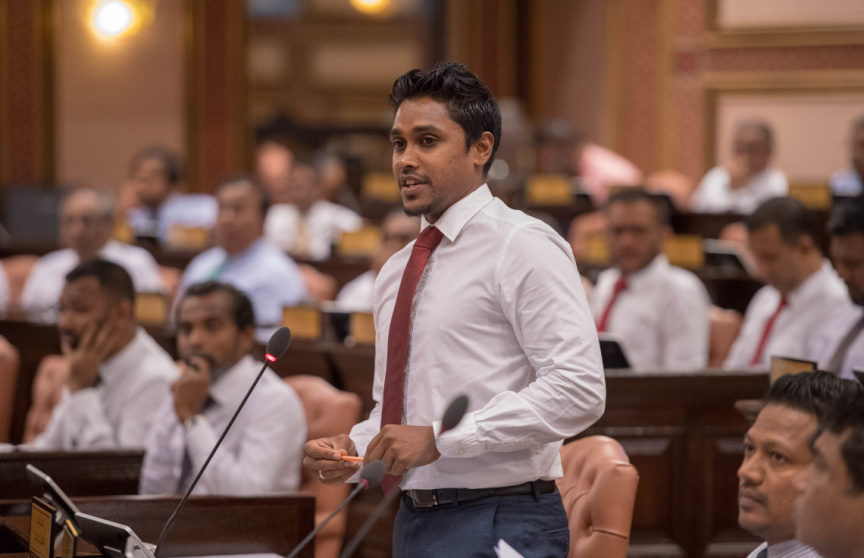 The Whole House Committee voted to deduct 50 percent of import duty on select products imported through the ports in Addu City and Kulhudhufushi City on Tuesday.

Some of the select products include tobacco and alcohol products – sparking criticism from the opposition, health experts and members of the general public.

Haitham has presented three amendments to the report passed by the committee, designed to remove some of the products on the five chapters of products which are to be awarded import duty deductions, or to remove the chapters in its entirety.

The amendments are mainly to press against reducing import duty on tobacco, tobacco-based products, and alternatives to tobacco products such as vapes and e-cigarettes, and to press against import duty exemptions on alcohol, alcohol-based products, alcohol-based vinegar, beverages which include 0.5 percent alcohol or lower, beer, energy drinks, and non-sparkling wine

Haitham told Sun that awarding import duty exemptions on products which are harmful to health aren’t in line with the government’s, MDP’s or the Parliament’s policies.

He also said that the new amendments weren’t being presented in face of pressure or criticism.

“I opposed the [previous] amendment the day it was presented itself. The government or MDP members have no plans of allowing duty exemptions on tobacco products,” said Haitham.

He said that the previous amendment had passed because it hadn’t caught the attention of parliamentarians because the amendment had been to whole chapters, and that he was fully confident that the new amendments he proposed will pass.

At the Whole House Committee meeting, Central Hithadhoo MP Mohamed Rasheed had proposed amending the legislature to deduct 50 percent of import duty on products imported through the ports in the south and north of the country, reasoning that it will boost economic activity in the regions.

Amendments to the committee report will be called to vote at the next parliamentary sitting, which will take place on Monday. The final changes to Import/Export Act will be clear once the legislature, along with the amendments, are passed by the parliamentary floor.