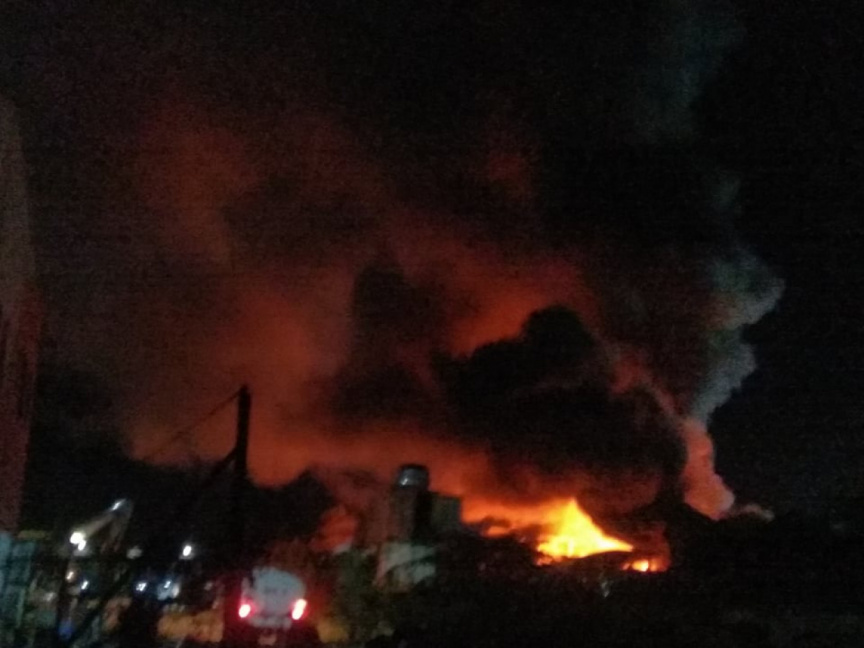 A fire that broke out in a go down in Thilafushi has inflicted significant damage on the Secure Bag company.

The fire that broke out around 20:24 last night, is still not fully extinguished. It has been controlled to some extent.

Ibrahim Shareef, Managing Director of Secure Bag speaking with Sun, said that the MNDF were still operating at the scene. The extent of the damage is still not fully calculated.

“We believe that some tires in the go-down caught fire.” Said Shareef who added that the go-down was not insured. Goods from containers recently unloaded and some metal are also believed to be inside the go-down.

This is not the first time a go down of Secure Bag has seen a fire incident. In 2008 a fire broke out in a go down of the company located in Male’ City. A similar incident was reported in a go down in Thilafushi in 2010. The two incidents inflicted damage worth total MVR 11 million on the company.