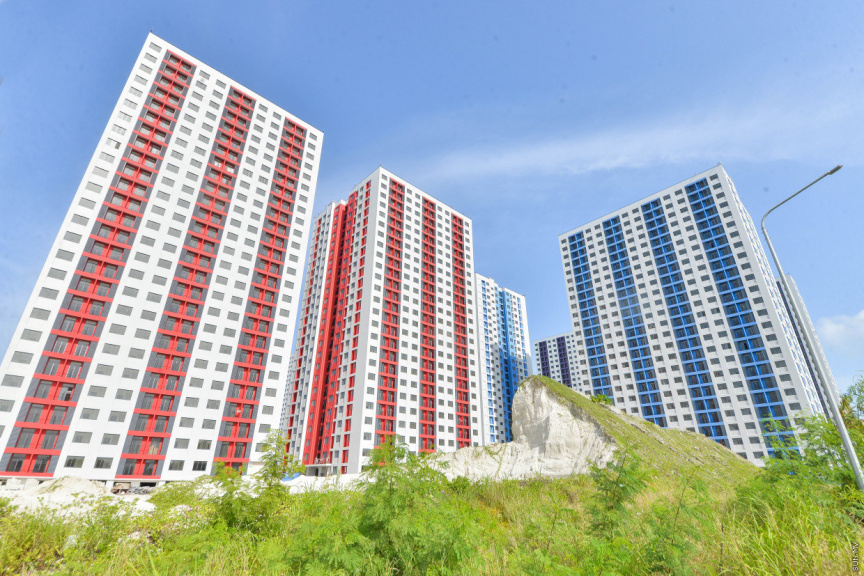 Housing Development Corporation (HDC) has said the calculations of payment below MVR 11,000 per flat for the Hiyaa housing scheme flats were inaccurate.

A total of 7,000 flats were built under the 'Hiyaa Project' for a loan of USD 434 million. This is an average of USD 62,000 per flat. The amount is calculated without the finishing work and interior work of the apartments.

The finishing and interior work of the apartments are to be carried out if the government wished to do so under a separate payment equivalent to USD 42 million.

However, the government has now decided to award the flats without completing the work.

The controversial matter has garnered heated public debate. Members of the previous administration have said that the total payment of the apartments could be made within 20 years at an average of MVR 6,000 per month.

However, the government has said that the current price of the flats means that payments of MVR 11,000 must be made over 20 years.

"Loans are to be repaid with interest which is calculated," said HDC Managing Director Suhail Ahmed.

The calculations must be made to include the total payable amount which is MVR 11,000 per month, said Suhail.

Even without the added expenditure for the finishing and interior work, Suhail said that the flats would not go down in price.