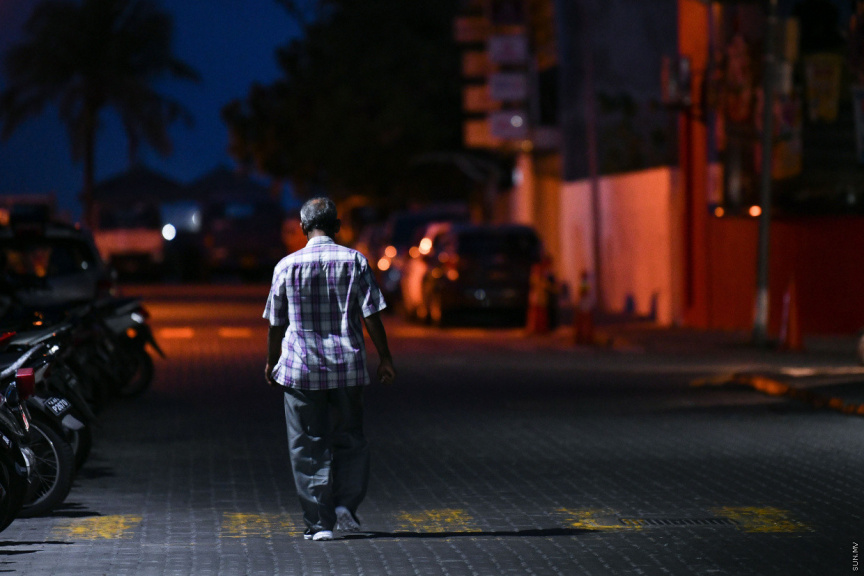 June 9, 2020: Photo shows an elderly individual on the road of Male' City during a lockdown order on the capital due to COVID-19.

Statistics have shown that the number of elderly individuals under the care of the Gender Ministry that develop symptoms of mental disabilities are increasing every year.

On the occasion of the World Elder Abuse Awareness Day (WEAAD), the Gender Ministry released statistics for reported cases of elderly abuse, to create awareness on the matter.

Statistics show that 40 cases were reported of negligence and lack of care towards individuals aged above 65 were reported up until May 2020.

A total of 59 percent of cases (24 cases) were male individuals. Since 2017, 281 such cases have been reported to the Gender Ministry.

The number of cases reported had decreased within January and April of 2020.

60 percent of individuals under the care of the Ministry had some form of mental illness. Last year, the figure stood at 31.7 percent.

Since 2015 to 2018, Gender Ministry took in 29 individuals to be cared for, out of these only 2 percent had developed a mental illness.

The figure for last year was significantly higher. Statistics show that while the Ministry took in 41 individuals, 28 of them had developed a mental illness of some sort.

While the Ministry took in 12 individuals with disabilities, six of them were diagnosed with a mental illness.

Gender Ministry advised that it was a responsibility placed on everyone to take care of the elderly and increase their wellbeing in order to build a compassionate community. The Ministry also advised working against abuse of the elderly.