Lawmakers call to cut off Dr. Waheed from benefits as a former president 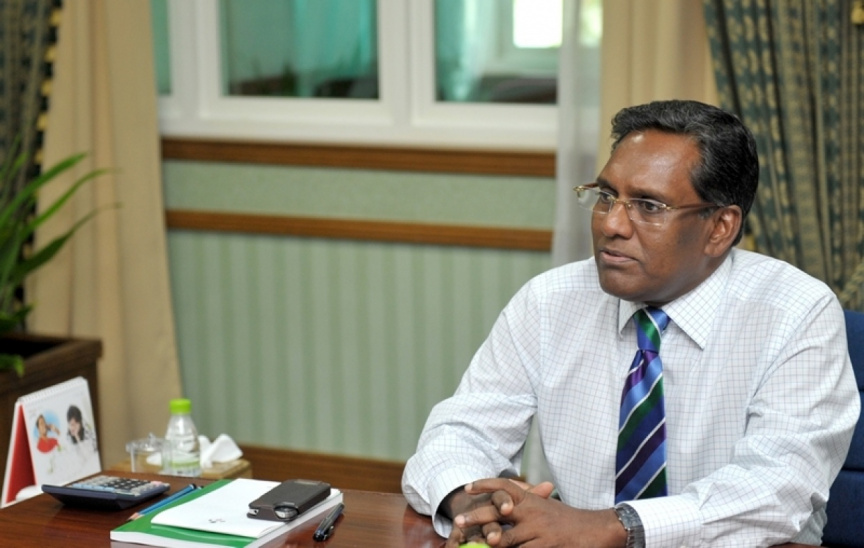 Several Maldivian Democratic Party (MDP) lawmakers, on Monday, called for former Maldivian President Dr. Mohamed Waheed Hassan Manik to be cut off from benefits awarded to him by the State as a former president.

The calls for action against Dr. Waheed were issued during the debate on an emergency motion submitted by Ungoofaaru MP Mohamed Waheed (Wadde), who accused the former President of lying about getting verbally attacked by an MDP activist while out for exercise with his spouse Ilham Hussain on Sunday morning.

All MDP lawmakers who took part in the debate criticized Dr. Waheed.

“I propose that that the traitor Waheed be cut off from all benefits for assuming power however he did and remaining in power illegally for one week,” said Yoonus.

“I don’t believe people who grab something which belong to the people, who snatch and thieve, should receive the benefits Maldivian leaders are entitled to,” said Eva.

Inguraidhoo MP Hassan Ahmed said that Dr. Waheed had responded to a phrase someone had used to refer to him by implying that the person had physically attacked him.

He said that Dr. Waheed should be arrested for making a false accusation.

He said that Dr. Waheed continuing to live within the community posed a threat, and said that he should not be allowed to have his own office.

“He is not someone who was elected by the people to be given a large office to. We ourselves will be held to blame if we give him benefits and an office.  He needs to be cut off immediately,” said Hassan Ahmed.

The incident which sparked Monday’s emergency motion had taken place at approximately 07:00 am on Sunday, when Dr. Waheed and his spouse Ilham Hussain had been out for exercise in the Usfasgandu area of Male’ City.

Dr. Waheed wrote on Twitter that he and his spouse had been ‘attacked’ by a MDP activist.

“Strongly condemn the attack on me and my wife Ilham this morning by MDP activist Joarey,” wrote Dr. Waheed in his tweet.

He did not specify the nature of the attack in his tweet.

The police, in a statement shortly after Dr. Waheed’s tweet, said that a complaint had been filed with the police over Dr. Waheed getting verbally abused and harassed.

Dr. Waheed is often referred to as a 'traitor' for his alleged involvement in the plot.

The Commission of National Inquiry (CONI), established to investigate the claim, concluded that there was no evidence to indicate it had been a coup.

The report continues to be disputed to this day.