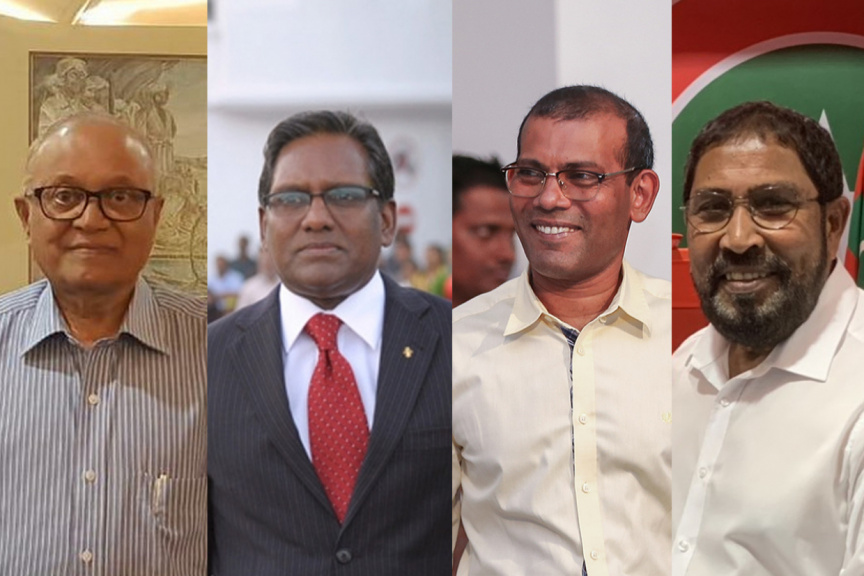 MRM said that it was calling for action against the verbal attack on the former President which occurred in the morning of today.

The former President and his spouse were exercising near the Usfasgandu area in Male’ City. Former President Waheed said he was subjected to abuse by an activist of MDP, the main party of the governing coalition.

“Strongly condemn the attack on me and my wife Ilham this morning by MDP activist Joarey,” said Dr. Waheed in his tweet.

Maldives Police Service has also launched an investigation into the incident.

MRM had said that the act of harassing and attacking a former President was unacceptable. It was described by the party as an act that divided the nation and caused hatred and enmity.

“The party does not view this as something that should be seen in a democratic community at all.” read a statement by the party.

While freedom of expression was provided to each and every citizen, the right must be exercised as not to endanger the life of another.

“We call on relevant institutions to investigate and take action for this act.” read a statement.

Jumhooree Party also condemned the attack on Dr. Waheed. In a statement, the party said that during this time it was necessary for everyone to assist each other and such a degrading attack was not at all acceptable.

The party also called for action to be taken against any violation of the law which everyone is entitled for,

President Ibrahim Mohamed Solih had also called the former President to check up on Dr. Waheed and his spouse.

Speaker of the Parliament and former President Mohamed Nasheed, went against the political tide of condemnation, when he defended the attack on Dr. Waheed.

MDP activists are also defending the attack on social media. Many have said that Dr. Waheed should be grateful to Speaker Nasheed for being allowed to exercise and enjoy on the streets. Some even said that they would target Dr. Waheed with verbal attacks if they came into contact with the ex-president.

Nasheed tweeted today that many did not view Dr. Waheed as a legitimate president for having ascended to power without an election when the MDP government was toppled in 2012.

“So, many Maldivians call him a traitor when they see the former Vice-President.” said Nasheed in a tweet.

Dr. Waheed had served as Maldivian President from February 7, 2012, to November 12, 2013, following the disputed resignation of former President Mohamed Nasheed, under whom Dr. Waheed served as Vice President.

His ascension to the office had marked the end of the first MDP administration.

Dr. Waheed’s spouse Ilham Hussain is the founder of Maldives Autism Association, an organization she founded in 2010 upon return to the Maldives after working as a teacher at an autism center in New York.

COVID-19: Measures lifted in all islands except capital