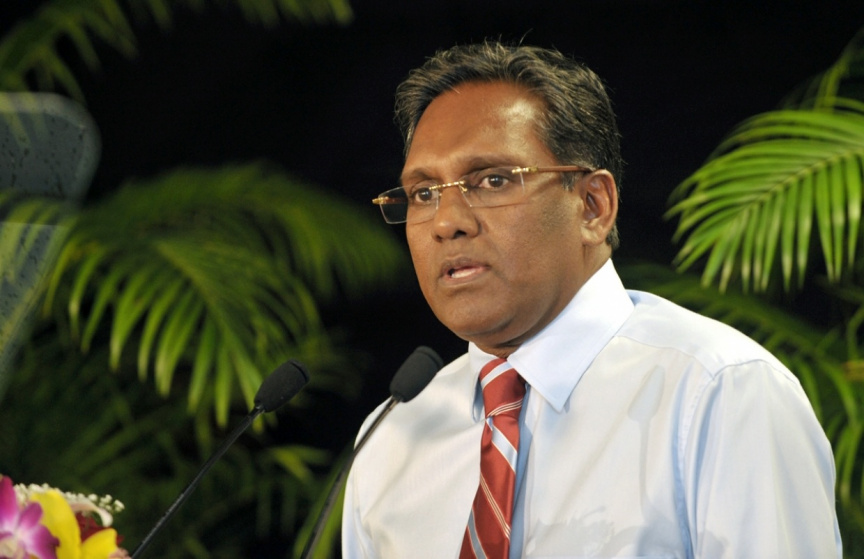 Dr. Waheed tweeted that the incident had taken place while both he and his wife had been out for exercise in the Usfasgandu area of Male’ City on Sunday morning.

He said that the attack had been carried out by a Maldivian Democratic Party (MDP) activist.

“Strongly condemn the attack on me and my wife Ilham this morning by MDP activist Joarey,” said Dr. Waheed in his tweet.

He added that the incident was witnessed by other people out for exercise in the area.

Maldives Police Service, in a statement, announced it received report of Dr. Waheed getting verbally abused and harassed while out by the swimming track at 07:07 am.

The police said they were looking into the incident.

Dr. Waheed had served as Maldivian President from February 7, 2012 to November 12, 2013, following the disputed resignation of former President Mohamed Nasheed, under whom Dr. Waheed served as Vice President.

His ascension to office had marked the end of the first MDP administration.

Dr. Waheed’s spouse Ilham Hussain is the founder of Maldives Autism Association, an organization she founded in 2010 upon return to Maldives after working as a teacher at an autism center in New York.