Police searching for those involved in Male' City violence 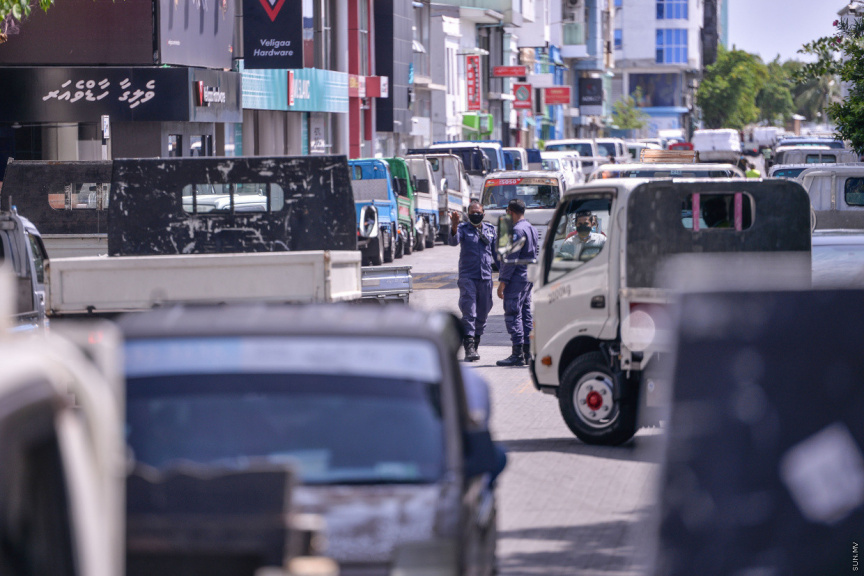 Photo shows police officers maintaining security on the streets of Male' during the lockdown order imposed in light of COVID-19. (Sun Photo/Fayaz Moosa)

Police have announced that they are searching for individuals involved in a violent altercation in the capital Male’ City during the lockdown.

The altercation in Bodu Thakurufaanu Magu of Male’ City near Hulhule’ Ferry around 13:30 yesterday was captured on CCTV footage, said Police.

One of the individuals involved, a local male was arrested at the spot.

Police said that the matter was being investigated and that they are searching for those involved.