Parliament fails to speed up key vote on constitutional amendment 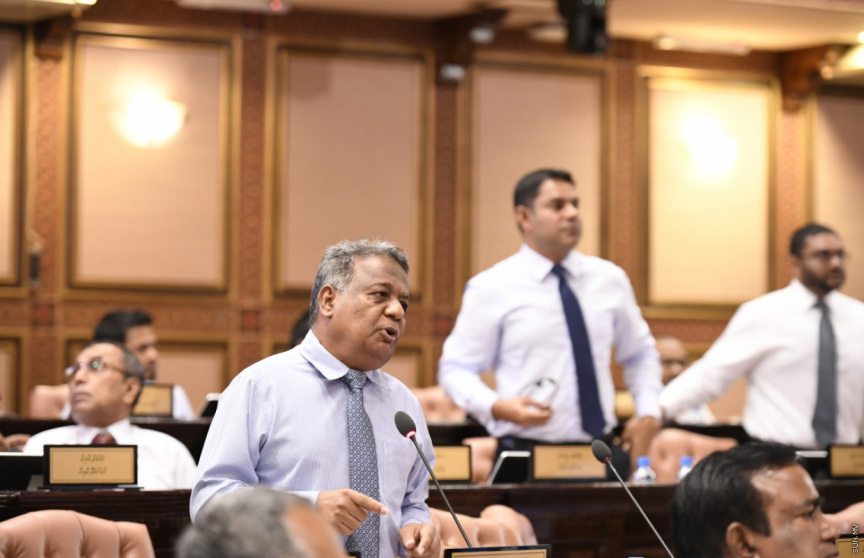 The Parliament, on Saturday, failed to speed up a vote to add transitional clauses to the Constitutional amendment which will prevent an impending legal vacuum by allowing an extension to the term of incumbent councilors.

At a parliamentary sitting on Saturday afternoon, Parliament Speaker, former President Mohamed Nasheed announced that the minority leader, Eydhafushi MP Ahmed Saleem had refused to consent to speed up the amendment, which had been passed by the Whole House Sub Committee on Friday night.

The Whole House Sub Committee removed the first article of the bill and added two clauses to Article 231 of the Constitution.

If Saleem had consented, it would have allowed the Parliament to hold the vote this Saturday.

“I have talked to PPM parliamentarians two or three times regarding bringing this report to the floor today. I was unable to reach an agreement with the minority leader. They ask that it be carried out in accordance with regular procedure, without an agreement [to speed up the process],” said Nasheed.

He said that the opposition had communicated their wishes to the Secretary-General of the Parliament, but that he still had hope of reaching an agreement with the minority leader.

The Parliament’s Standing Orders dictates that a debate on a report passed by a committee must be held three days after parliamentarians are sent the report and allowed opportunity to submit amendments.

There is also a provision which allows the process to be expedited if the Speaker and leaders of parliamentary groups reach an agreement.

Nasheed noted that the ruling Maldivian Democratic Party (MDP) enjoyed a supermajority of 65 parliamentarians. He said he was confidence the Parliament would be able to complete the work on the bill without the involvement of the opposition coalition, which is made up of Progressive Party of Maldives (PPM) and People’s National Congress (PNC).

“We have no issue with numbers,” said Nasheed.

Constitutional amendments require the majority vote of three-fourth of the Parliament.