Constitutional amendment for Councilors to be finalized by Thursday 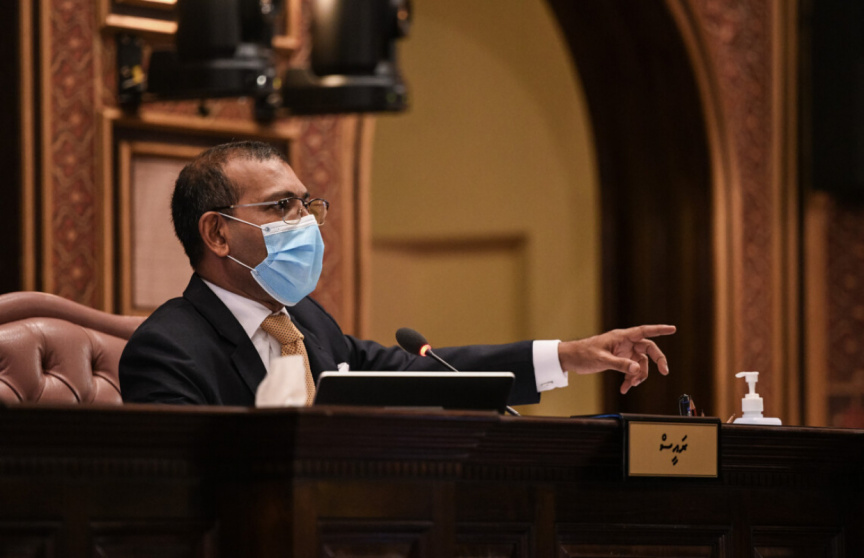 Speaker of the Maldivian Parliament Mohamed Nasheed has announced that the Parliament could reach a decision regarding the amendment proposed by the government to the Constitution for the terms of Councilors in the Maldives by Thursday.

The bill to extend the terms of current councilors was proposed by Biledhdhoo MP Ahmed Haleem.

The terms of current councilors will expire on June 3. However, the debate regarding the amendment to resolve the situation has seen divisions occur among MPs. Parliament’s Counselor-General and the Attorney General have both stated that amending the Constitution was the only way to prolong the terms of existing councilors.

Today’s parliamentary session saw MPs speak about the amendment. Concluding the session, Speaker Mohamed Nasheed stated that any MPS wishing to speak about the bill would get the opportunity to do so in tomorrow’s session, after which a vote for the amendment will be proposed in the Committee of the Whole House Sub Committee. A decision on the amendment is to be reached by Thursday afterward.

The MP requested to focus on the point without amending the Constitution.

MP Hassan Latheef has proposed a bill to extend the terms of existing Councilors until the next Local Council Elections.