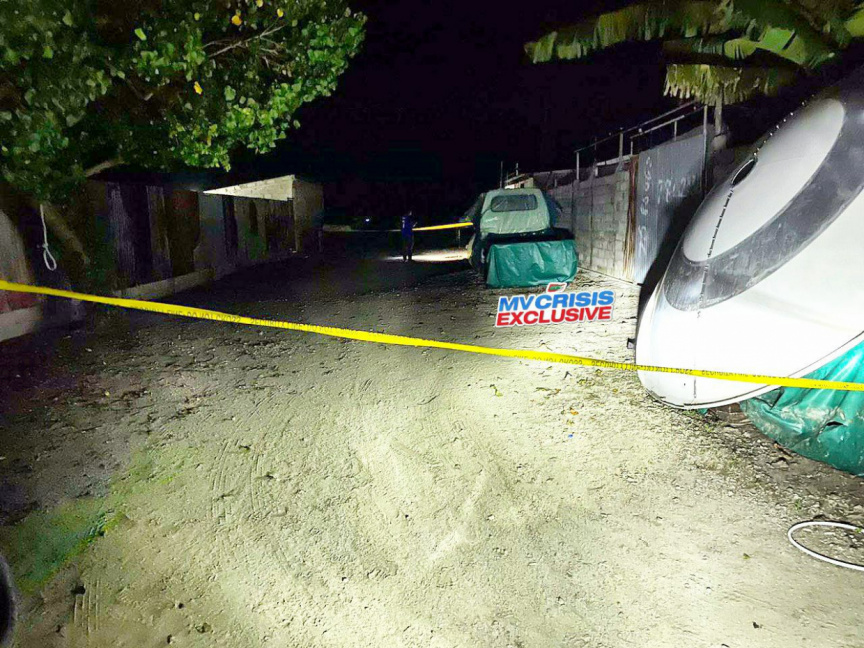 Photo shows the location where a migrant worker was found dead in Th. Guraidhoo on May 20, 2020. (Photo/Mvcrisis)

A migrant has been found dead in Th. Guraidhoo.

The individual was found with knife wounds, according to sources. Guraidhoo Health Center confirmed that a dead body of a migrant worker was brought in tonight.

Guraidhoo Council President Naufal Hassan stated to Sun that the migrant was a Bangladeshi national who was an agricultural worker on the island. He added that the man was left in a site in front of his residence after being attacked.

"The man worked on an agricultural site. His accommodation was also on the site. He went to the shop of his employer and helped out a bit before returning to the site around 23:00. Most likely that the attacker(s) were ready and waiting for him as he returned." said Naufal.

Police have now cordoned off the area and are conducting an investigation.

The death marks the first possible violent death in the country this year.