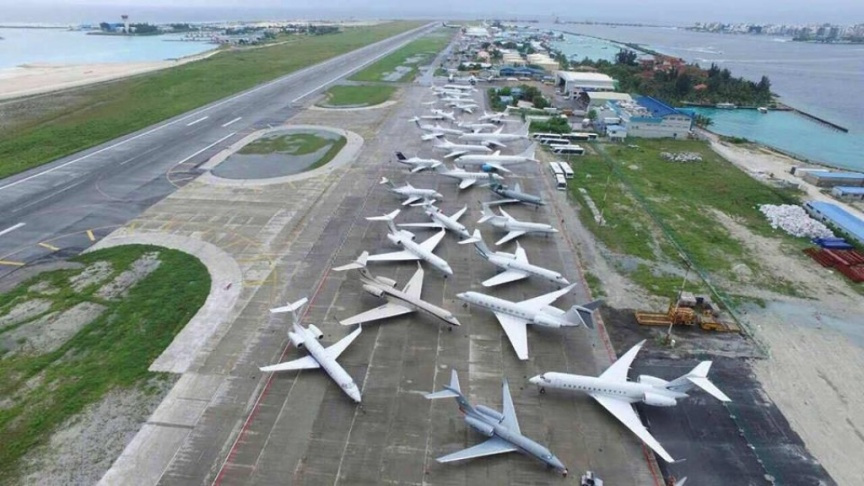 President Ibrahim Mohamed Solih, speaking in a televised address to the nation, has indicated that the main international airport of the country, Velana International Airport (VIA) could be reopened July for international travel.

The president was speaking regarding the easement of some COVID-19 restrictions in the country when he stated so.

The main international hub of VIA has been closed since late March due to the virus. The country also stopped issuing on-arrival visas to tourists on March 27.

“Along with these easements, if the situation in the country does not worsen, God willing, in the month of July, it has been decided to reopen the Velana International Airport.” Said the President.

He also added that permits to reopen resorts would be issued under the guidelines which are now being formulated by the relevant government bodies.

During the address, the President also noted that some of the restrictions on public life on the capital would be repealed.

Regarding the virus situation, President Solih stated that the Maldives has so far confirmed 1186 cases of the virus. This included 420 Maldivians and 766 foreigners. 91 of these individuals have so far made recoveries. The President also prayed for the four victims who passed away from the virus.