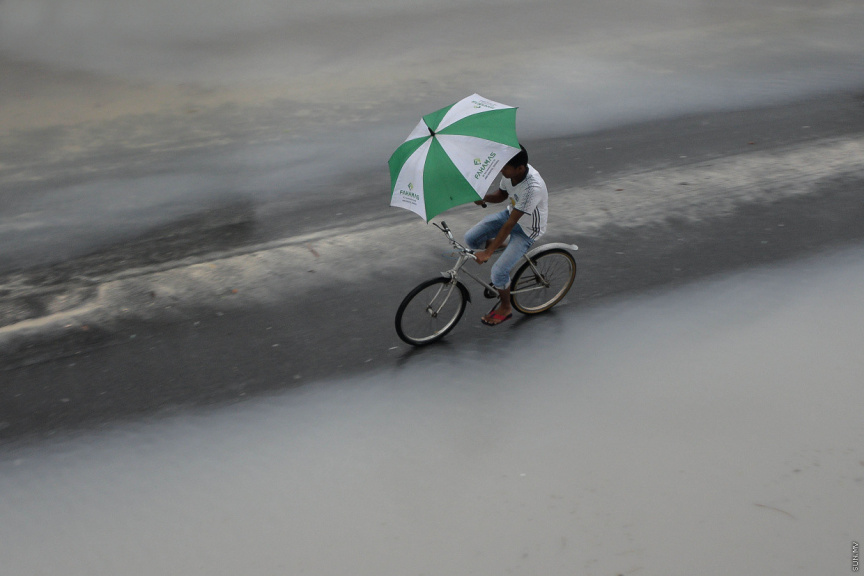 A man cycles along a road in Addu City flooded with rain water. (Sun Photo/Fayaz Moosa)

The yellow alert is effective from 10 am to 2 pm.

Winds may gust 45 miles per hour during showers.

Seas are expected to be rough in southern atolls and moderate becoming rough during showers elsewhere.

Maldives Meteorological Service has advised everyone to be cautious.

Addu City has reported extensive flooding throughout the city, resulting in property damages.