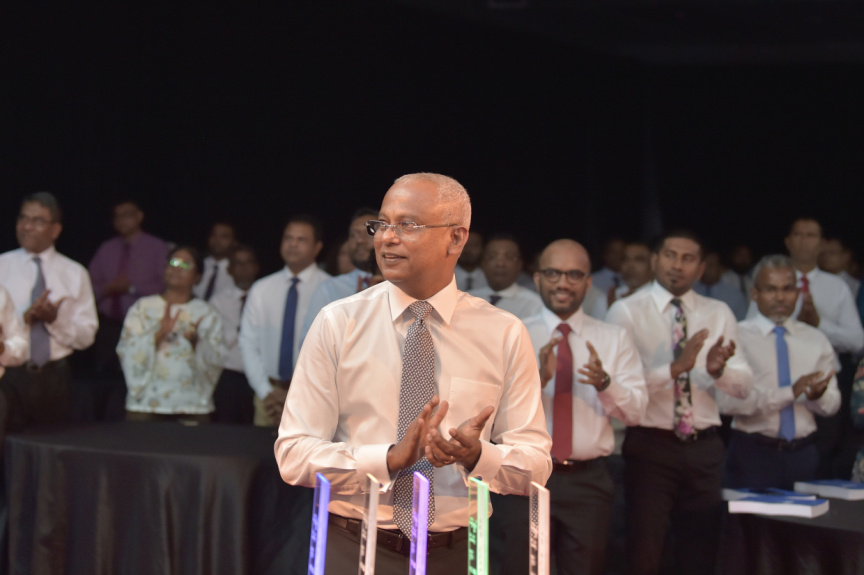 President Ibrahim Mohamed Solih, on Sunday, ratified the sunset bill drawn up by the government to postpone the local council elections in face of the COVID-19 outbreak.

The Special Bill on Local Council Elections 2020, submitted on behalf of the government by Thulhaadhoo MP Hisaan Hussain, was passed by the Parliament over a week back, on April 29.

Drafted by the Attorney General’s Office, the bill declares that the elections will not be held until State authorities declare there to be no cause for a public health emergency.

It allows the elections to be postponed as late as January 6 next year.

The Elections Commission is required to conduct the voter registration and re-registration processes again.

The bill will is also designed to revoke the suspension of civil servants running for the elections, restoring them to their former positions, the moment it is enacted.