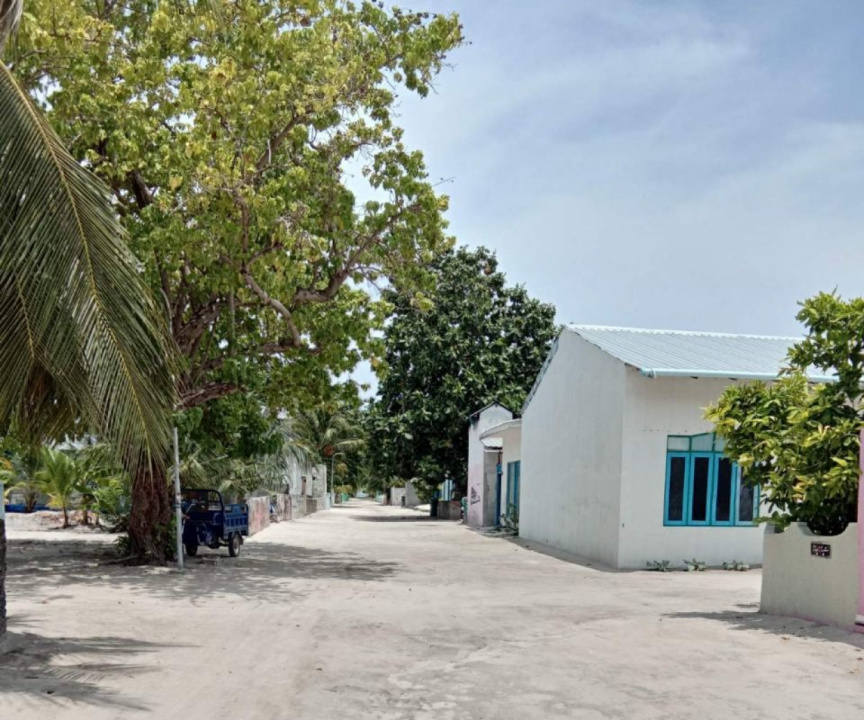 A street in Sh. Narudhoo lays vacant amid an outbreak of COVID-19 in the island. (Photo/Narudhoo COVID-19 taskforce)

Sh. Narudhoo Council, on Tuesday, announced that the results on 41 out of 52 people tested for COVID-19 in the island had come back negative.

Narudhoo council president Ahmed Arif told Sun that save for the 11 out of the 52 samples which had tested positive; the remaining 41 samples had come back negative.

But contact tracing remained in progress to identify more people who may have been exposed to the virus, he said.

Amaaz boat had left Male’ just minutes prior to a lockdown on the Greater Male’ Region and a nationwide ban on all non-essential travel following the emergence of virus cases in the populous capital.

Virus cases nationwide have risen to 557, while the death toll has risen to two.