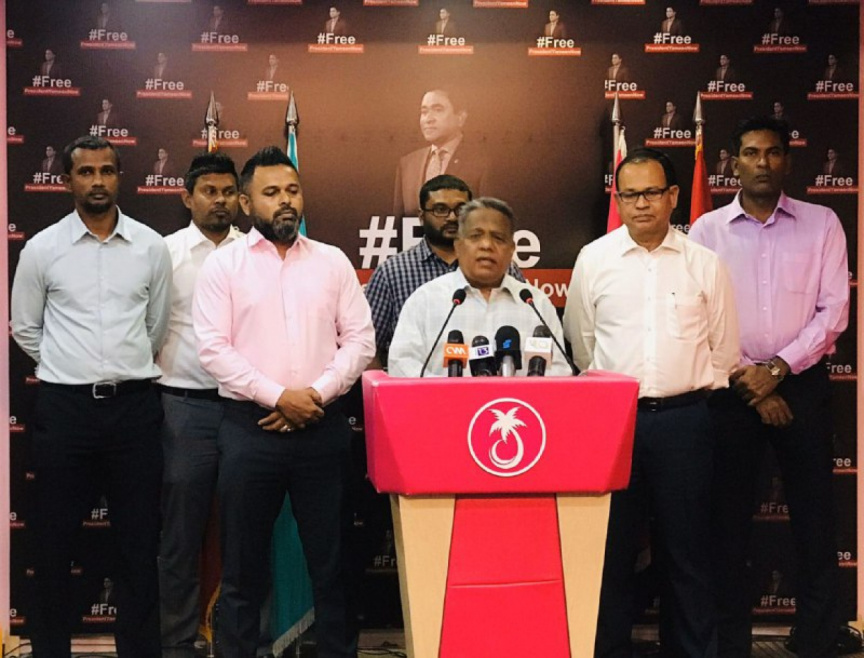 The opposition PPM-PNC coalition, on Monday, said that the sunset bill submitted by top MDP parliamentarian Hassan Latheef to extend the term of incumbent councilors until a fresh election can be held was unconstitutional, and warned it would file a petition with the Supreme Court over the bill.

The opposition coalition, in a statement, said that the bill in question, titled the “Special Bill on Ensuring the Operation of Administrative Divisions of Maldives under Decentralization Policy 2020” had been submitted with the intention of being passed “in clear violation of the constitution.”

The opposition referred to this, and stated that a separate bill passed by the Parliament cannot nullify a provision of the constitution.

The opposition accused Hassan Latheef’s bill, which was accepted into the Parliament with a majority vote of 53, of being designed to destroy the rule of law.

“This coalition believes this bill to be part of MDP’s efforts to challenge the constitution and misuse its supermajority to open the door to manipulating the election as they please,” said the opposition in their statement.

They also accused the Parliament Speaker Mohamed Nasheed of being behind it.

The opposition coalition said they would not condone for changes to be made to the term of elected officials, if it were made by passing legislatures which contradicted with the rules and regulations pertaining to elections which are explicitly stated on the constitution.

“And this coalition is working on filing a petition to the Supreme Court to establish that the Special Bill on Ensuring the Operation of Administrative Divisions of Maldives under Decentralization Policy 2020 which has been submitted and accepted into the Parliament is unconstitutional,” warned the opposition.

The legality of the bill has been challenged not just by the opposition, but also by several MDP parliamentarians.