PPM, PNC appeal for ex-leader Yameen to be released to house arrest 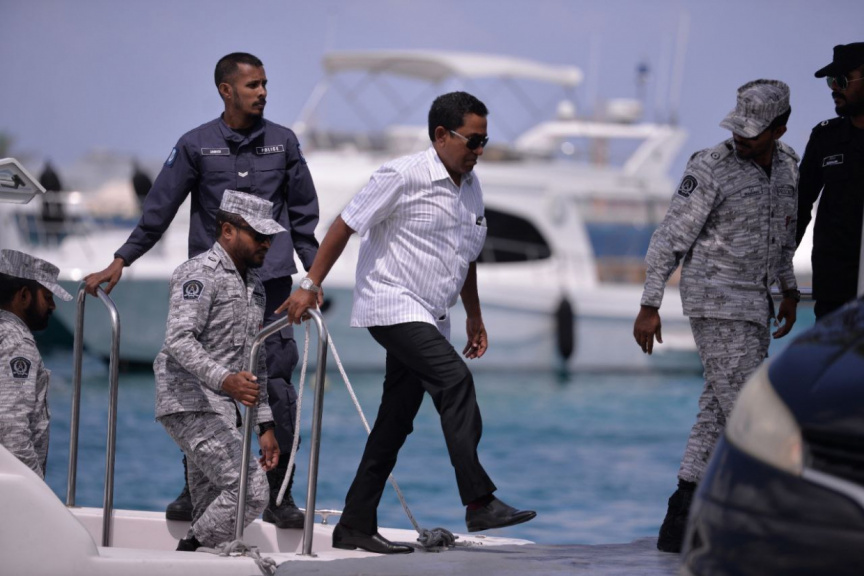 The opposition coalition, Progressive Party of Maldives (PPM) and People’s National Congress (PNC) has called for former Maldivian President Abdulla Yameen Abdul Gayoom to be released from Maafushi Prison and transferred to house arrest, after monitoring mechanisms were placed on K. Maafushi by the health authorities over virus fears.

K. Maafushi, which houses the prison where Yameen is serving a five-year sentence for money laundering, was placed under monitoring on Sunday.

The opposition coalition issued a statement this Monday morning, in which they said that they were deeply concerned over the uncertainty regarding the situation within the prison or the extent to which Yameen’s safety and security was assured, with Maafushi under monitoring.

They also expressed concern the situation could prevent him from exercising his right to meet his lawyers.

They called for Yameen to be released from prison and transferred to house arrest.

The latest call for Yameen’s release to house arrest comes after the coalition called for Yameen to be allowed to serve his prison sentence under house arrest during the holy month of Ramadan, alleging that the conviction against him was political.

Yameen was sentenced to prison in late 2019, after he was found guilty of laundering USD 1 million in misappropriated State funds - the acquisition cost for G. A. Vodamula.

Over 187 tourists remain stranded in Maldives