Over 187 tourists of 50 different nationalities remain stranded in Maldives 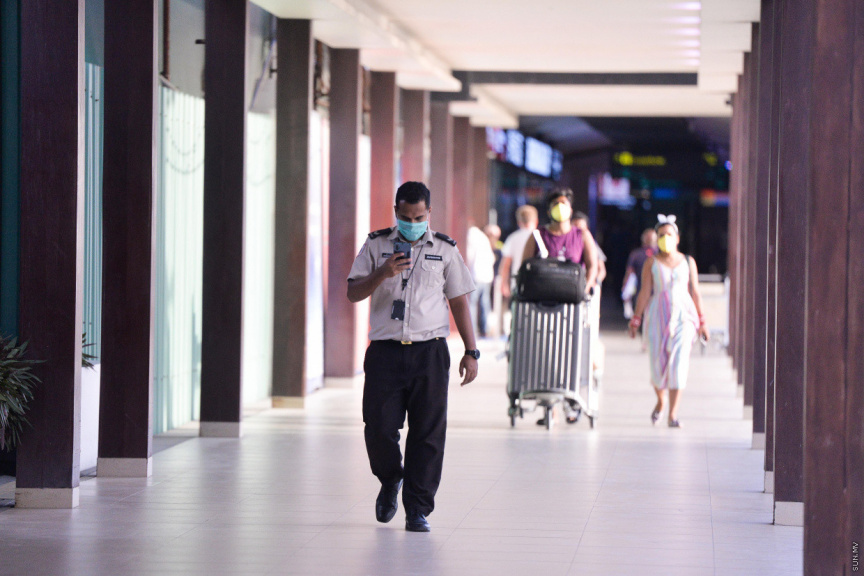 He made the remark at the National Emergency Operations Center press briefing this afternoon.

Ali Waheed said the stranded tourists were in 10 resorts, and that the Tourism Ministry and tourism police were keeping a close watch over their situation.

All tourists are in good health, said Ali Waheed.

Ali Waheed said that the Maldivian government was collaborating with respective foreign governments to arrange flights to evacuate the stranded tourists back to their home countries.

“Arranging for Maldivians stranded overseas to return home, this is something which has come to a halt with the emergence of a community spread in Male’. The President has established one such facility; to collaborate with the Foreign Ministry to arrange for Maldivians in foreign countries to come on flights from the respective foreign countries to Maldives to evacuate their people. We will also try to use these opportunities to evacuate Maldivian in other countries,” said Ali Waheed.

All inbound passengers are required to undergo 14-day quarantine at a designated government facility. And the Maldivian government had suspended its repatriation operations with the emergence of a community spread in Male’, which has pushed quarantine facilities to its limits.

Virus cases in Maldives have now risen to 214, with health authorities reporting the biggest one-day spike in new cases on Sunday with 74 cases.

'We are making travel arrangements for resort workers'