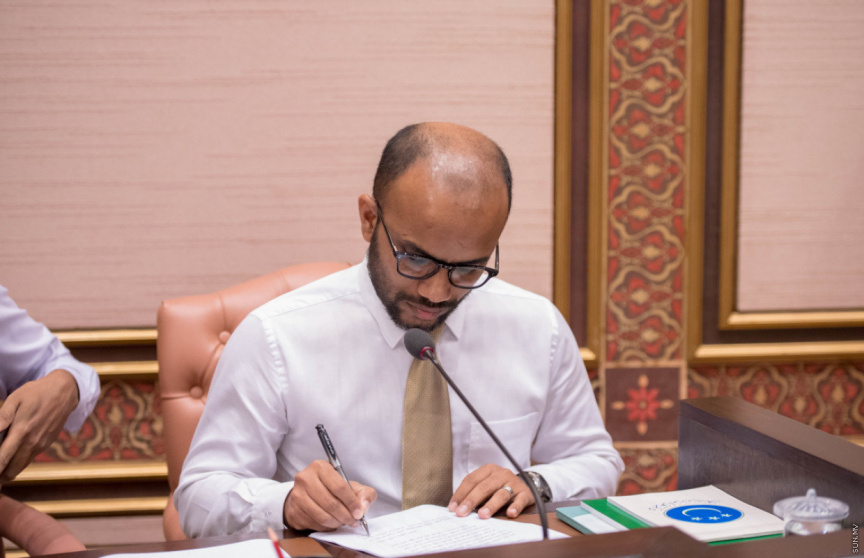 The Parliament, on Sunday, voted in favor of a one-year stay on fiscal limits, allowing the government to increase the overdraft limit of its public bank account at the central bank in order to ease its cash flow woes.

The request was approved with a vote of 60 to seven at the virtual parliamentary sitting this afternoon.

Finance Minister Ibrahim Ameer, in his letter to the Parliament, said that COVID-19 pandemic had severely depleted income sources, prompting to find alternative sources of finance in order to manage the cash flow in the short-run.

Ameer said the government needed an immediate MVR 4.4 billion to manage its cash flow in order to maintain public services, fund healthcare services, and provide socioeconomic support to citizens over the next three months.

While some parliamentarians said that the move was necessary, others protested against the move – likening to printing money. They said the move would lower the value of Maldivian currency and raise inflation.

In response to the concerns, Ameer said that it would take time for the government to be able to utilize the funds which international financial institutions had pledged, and that the government had no way of covering its short-term cash flow shortage without increasing the overdraft limit of its public bank account. He said that overdrawing on the public bank account was standard practice, and that many foreign governments were employing the option.

Ameer also had that the money overdrawn form the public bank account would be used to fund Public Service Investment Program (PSIP) projects and cover the payroll of civil servants. He said that an overdraft under current circumstances would not have a negative impact on the economy.

MP Aslam responds to allegations of scandal cover up