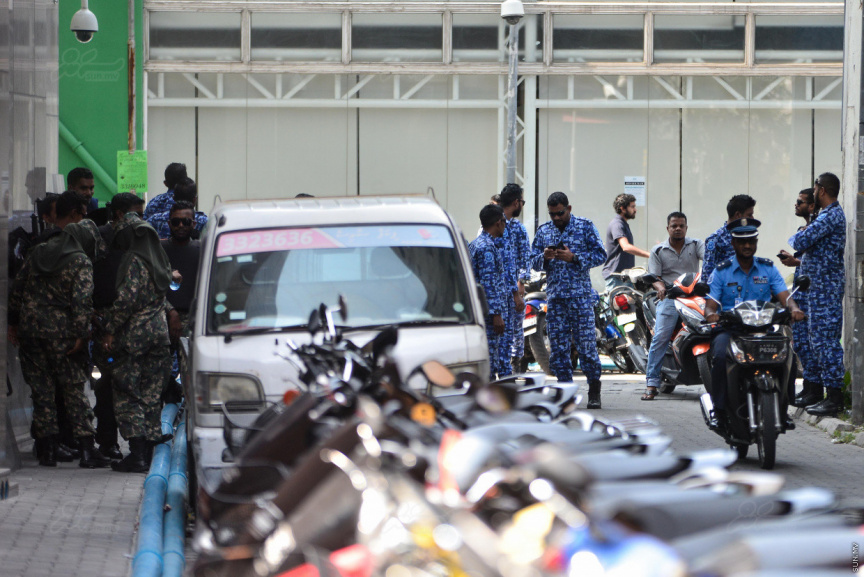 Photo shows MNDF and Police officers. Alert levels in the Maldives were raised due to a possible attack that might originate from people with extremist ideology as the country deals with the situation with Covid-19. (Sun File Photo/Mohamed Afrah)

Maldives National Defense Force (MNDF) and Police have raised alert levels in the country due to a possible attack that might originate from people with extremist ideology as the country deals with the situation with Covid-19.

The Committee on National Security Services of the Parliament was informed of the increase in alert levels by Police and MNDF in response to an inquiry by the committee regarding the preparedness of the armed forces and security services in the country towards such an attack.

Crimes related to drugs, gang violence, financial and domestic violence as well as threats from extremist ideologies may be on the rise, and the Police were on full alert to deal with such crimes, noted North Galolhu MP Eva Abdulla as she read the letter by Police during the committee hearing.

“The letter says that for these crimes, a special procedure has been formed by Police. It also says that MNDF is on an additional level of alertness regarding the threat of extremism,” said MP Eva, who is also the deputy speaker of the Parliament.