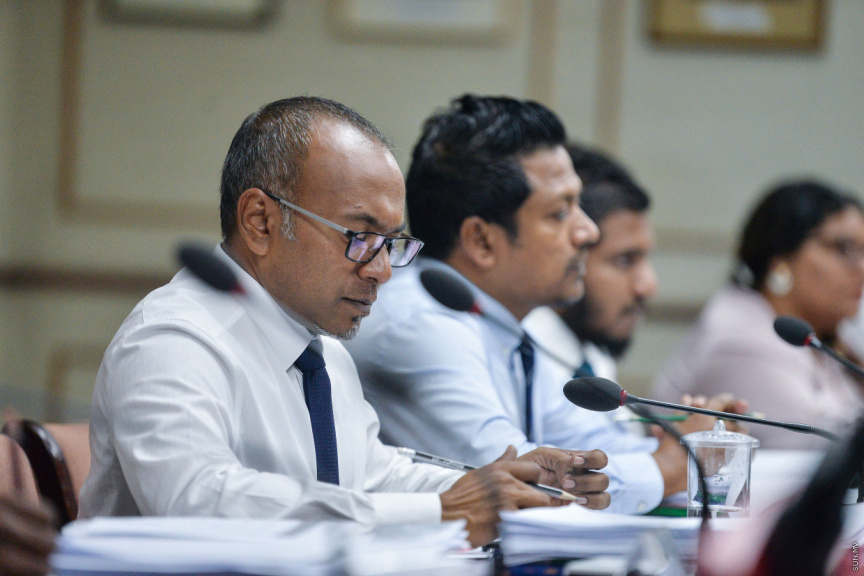 The Supreme Court had released a circular which provides guidance to courts on holding trials via audio and video when the courts are closed on Wednesday.

Hassan Latheef, at the Parliament’s Judiciary Committee meeting this Thursday morning, expressed displeasure at the Supreme Court over the guideline, and said that the court needed to cease such actions immediately.

Hassan Latheef said the Parliament had approved new justices to the Supreme Court to reform the court and redress such actions, but that the continuance of such actions was a matter of grave concern.

“We thought we had appointment very righteous, very honorable and very competent people to the court who are well-versed in democratic principles. I am more concerned that their mentality has fallen along the same line as those who had served before them. This is of as great a concern as the COVID,” he said.

Hassan Latheef said he found it difficult to ignore such circulars released by Supreme Court which force courts to operate a specific way.

He also accused the Judicial Service Commission (JSC) of turning a blind eye to the circular.

“I appeal to this committee to ask Judicial Service Commission; what exactly are you doing there? What are they doing as the Supreme Court continues to exude influence over the courts by issuing orders and instructions and whatnot in the form of circulars? The Parliament Speaker is there. A member of the Parliament is there serving as the president,” said Hassan Latheef.

He said the JSC should order the Supreme Court to withdraw the circular immediately.

It is of grave concern we need to renew efforts to save ourselves from the Supreme Court, said Hassan Latheef.