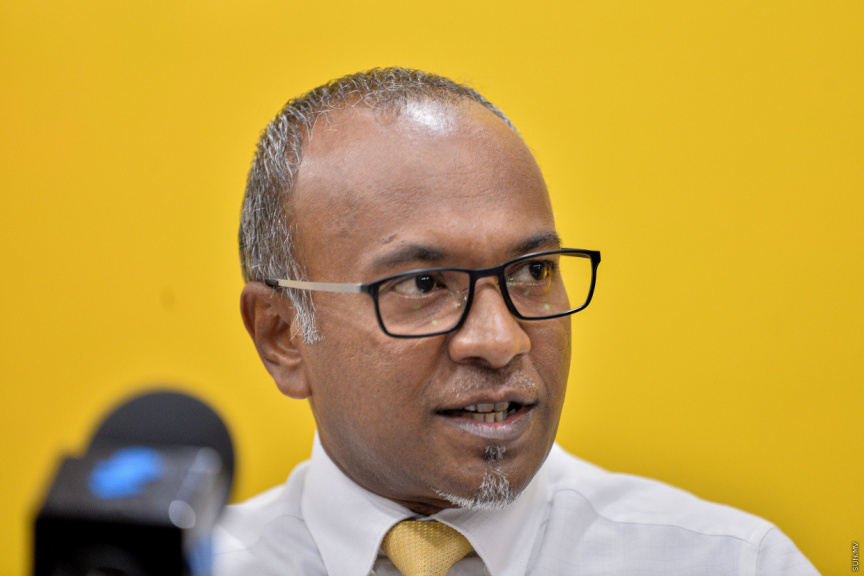 The Parliament representative of West Henveyru Hassan Latheef stated that it was a success never before attained for Maldivian Democratic Party (MDP) to have won all the elections within the past five years, despite many party leaders being jailed or out of the country at the time.

He made these remarks while sharing with Sun some of the challenges faced during the past five years, he filled the role of MDP’s Chairperson.

According to MP Latheef, the hard work done by the party at a time when many members of the party’s leadership were jailed or forced to stay abroad due to former President Abdulla Yameen Abdul Gayoom’s viciousness, was to be seen with the election outcomes.

“We are talking about a time when we were dragged into jeeps and arrested (Police vehicles) while walking on the road. At that time whether the party was able to do what they needed will be seen from election results.”

He went on to state that despite all those challenges, it was the hard work of many party members that lead to winning those elections.

“That itself if we were to look at, is a win that has never been attained before.”

However, the Minister of Economic Affairs Fayyaz Ismail, who is contesting for the upcoming election for MDP’s Chairperson, said that “MDP’s work was at an embarrassing level.”

The minister also noted that “While our government is in power, with our supermajority in Parliament, we should be really sad, it is embarrassing that there have been no activities of the party within the last three years.”

MP Hassan Latheef remarked on this stating that when the actions of a government of MDP contradicts the party values, it would be difficult to conduct events within the party. He added that the government acting completely different from how it was stated before, has caused members to become distanced from the party.

Additionally, he indicated that some members wanted to have a large gathering, but these incidents cannot be spoken at such gatherings.

“That is really why MDP’s activities have been diminishing.”

While the election for a new Chairperson has been scheduled for April 16, Minister Fayyaz and MDP’s former Spokesperson and Parliamentarian for North Maafannu Constituency MP Imthiyaz Fahumy are contesting in the election.

MDP thanks Chairperson Hassan Latheef for his services

‘India Out’ campaign; a threat to national security

'International expertise needed to save Maldives'

'Nothing alarming in Maldives-India agreements'