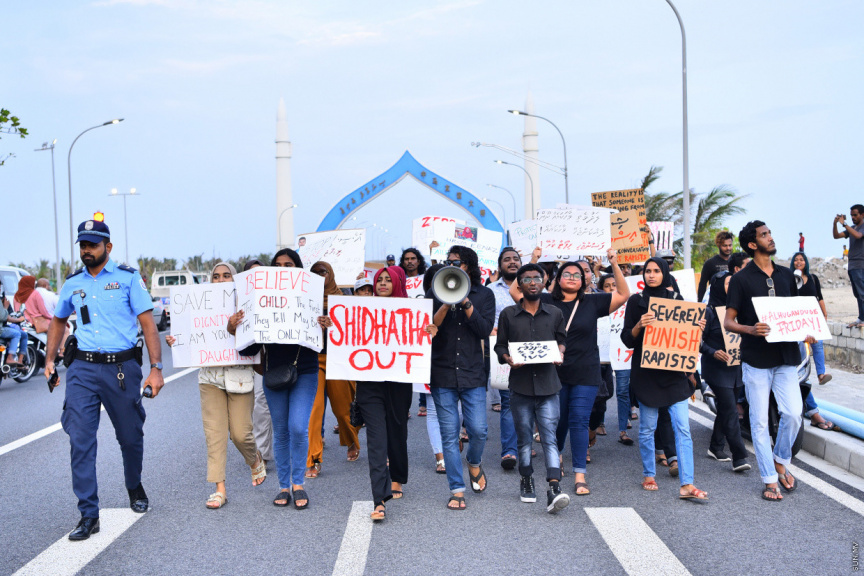 Maldives Police Service, on Thursday, arrested a suspect in connection to the sexual abuse of a 13-year-old girl in southern Maldives.

According to the police, the case was reported to the South Police Division on Wednesday.

The suspect in the case, identified as an 18-year-old Maldivian male, was arrested under court order this Thursday.