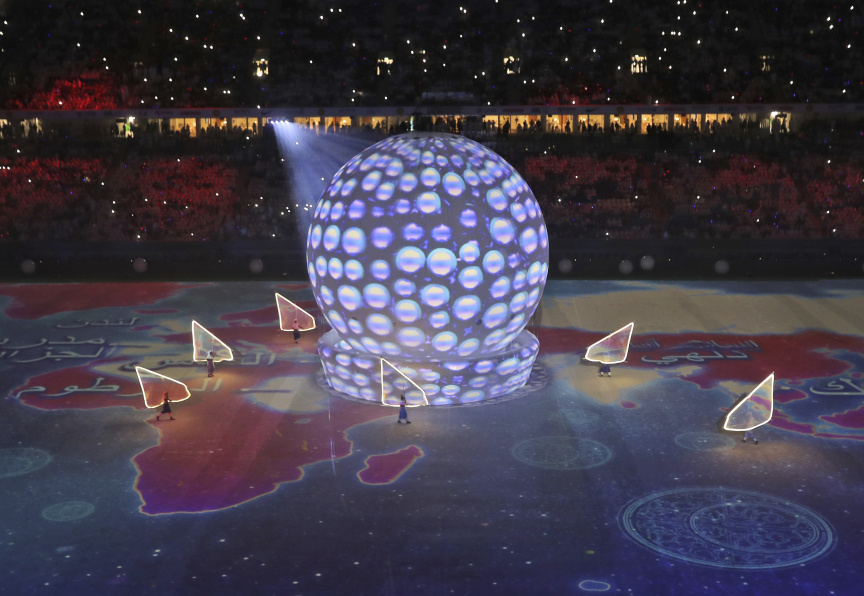 People watch the inauguration ceremony, Thursday, May 16, 2019, of the Al Wakrah stadium, which is the first stadium has been built from the scratch for the 2022 FIFA World Cup in Doha, Qatar. (AP Photo/Kamran Jebreili)

Officials from the Footballing federations of Russia and Qatar have denied a US Department of Justice indictment that alleges bribes were used to secure votes from FIFA officials for the hosting rights of the World Cup 2018 and 2022.

The indictments followed on from the Department of Justice's round of indictments in 2015 that eventually led to the resignation of FIFA president Sepp Blatter.

Russia insisted that it did nothing wrong in its bidding process to host the 2018 World Cup.

Peskov also added that the decision to award Russia the hosting rights was "not linked to any bribes, we categorically deny this."

"Russia organized the best football World Cup in history. We are proud of it. We have read the articles in the media. We do not understand what it is about," Peskov concluded.

Qatari officials have also strongly denied any wrongdoing in their process to win hosting rights to the 2022 World Cup.

"Qatar’s Supreme Committee for Delivery and Legacy (SC) strongly denies the allegations contained within the court papers made public in the US on April 6, 2020. They are part of a long-standing case, the subject of which is not the 2018/2022 FIFA World Cup bidding process," an official statement read.

Several former members of FIFA's executive committee were offered or received bribes relating to their votes during the procedure.

Those alleged include Ricardo Teixeira, the former president of the Brazilian Football Confederation, the now-deceased ex-COMNEBOL president Nicolas Leoz who were offered and received bribes to ensure their votes for Qatar to stage the 2022 World Cup.

Former FIFA vice-president and ex-president of CONCACAF Jack Warner is also accused of being promised and receiving payments of $5 million (£4m) to vote for Russia to host the 2018 tournament.

Rafael Salguero, the former head of Guatemalan football who admitted to accepting a bribe in return for his vote in the process for the 2018 World Cup, is alleged to have been promised a $1m bribe to vote for Russia.