Government to begin releasing loans under aid package next week 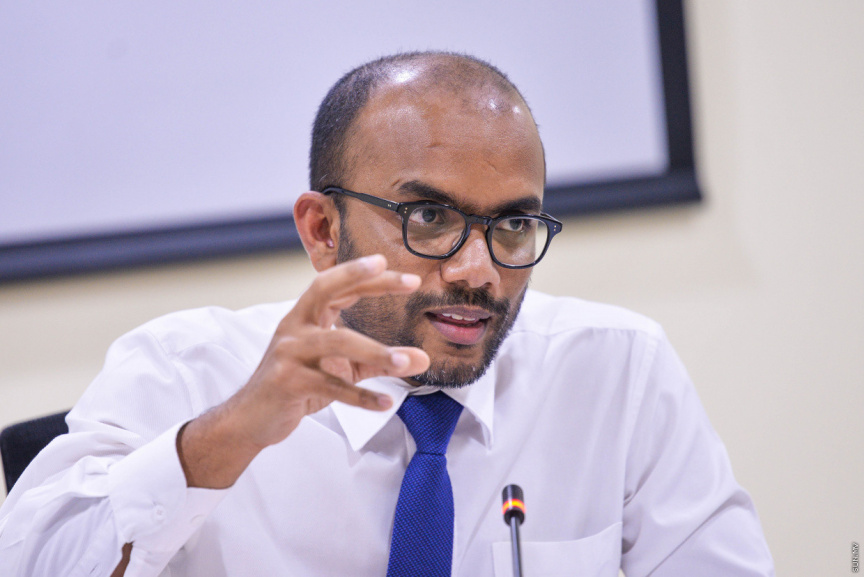 Finance Minister Ibrahim Ameer gestures as he responds to questions during a session of the Parliament's Public Accounts Committee on February 18, 2020. (Sun Photo/Fayaz Moosa)

Ameer revealed details regarding the issuance of loans under the aid package at a National Emergency Operations Center press briefing on Wednesday night.

He said that loans to businesses which earned over MVR 10 million last year will be released through Bank of Maldives (BML).

BML will released over MVR 1 billion in such loans, he said.

Meanwhile, loans to businesses except for resort operators will be released through SME Finance Development Corporation (SFDC).

The grace period for loans issued under the aid package ranges from six months to three years, and the interest rate will be fixed at six percent.

“The evaluation mechanism will be convenient. The loans will not require two to three months [for verification] upon application to banks. We have a more convenient mechanism,” said Ameer. “The stimulus package will be active starting next week.”

BML’s PR and Communications Manager Mohamed Saeed, who also joined the press briefing, said that the bank, when issuing loans under the aid package, will act in accordance with the policies set forth by the Finance Ministry.

It pertains to both the interest rate and the grace period, he said.

Ameer stressed that the primary condition for applicability to the loans is that the businesses do not terminate employees, but that businesses may choose to impose pay cuts as a cost-cutting measure, as long as it does not violate the Employment Act.

Businesses which do not have tax clearance are also applicable for the loans, he added.

'Pay cuts will not be imposed on frontline workers'