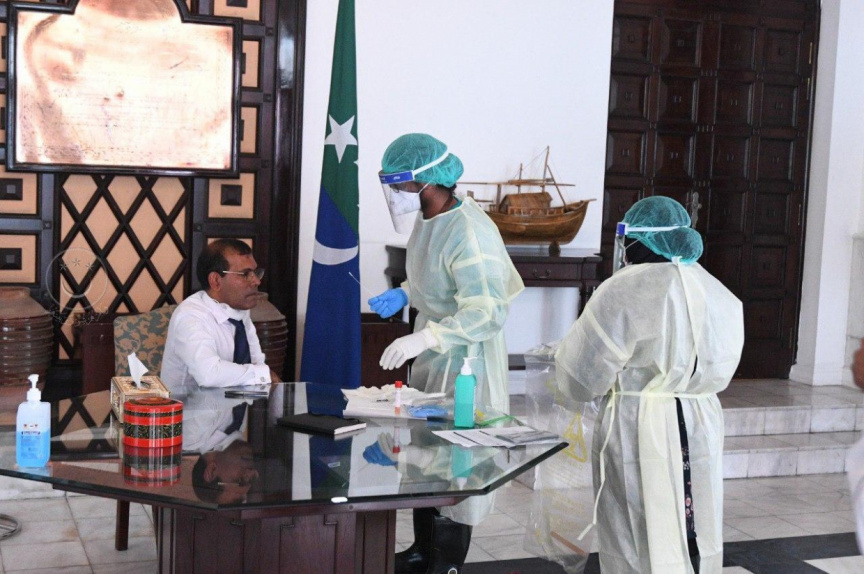 The Parliament confirmed that health officials had collected samples from the former president. A date for the test results is not yet available.

Speaker Nasheed was tested after the government stated that everyone that returned from the United Kingdom between March 14-19 is to be tested for the virus. Speaker Nasheed had visited the UK from March 11-14 to celebrate the anniversary of his marriage. The Speaker’s family resides in the UK.

Nasheed has previously stated that he had no symptoms of the virus but that he was fully prepared to undergo testing if the HPA requests to do so.

Maldives has confirmed four cases of the virus from the UK. They are all locals. The country has in total confirmed 19 cases of the Covid-19 virus, 13 of whom have made full recoveries.