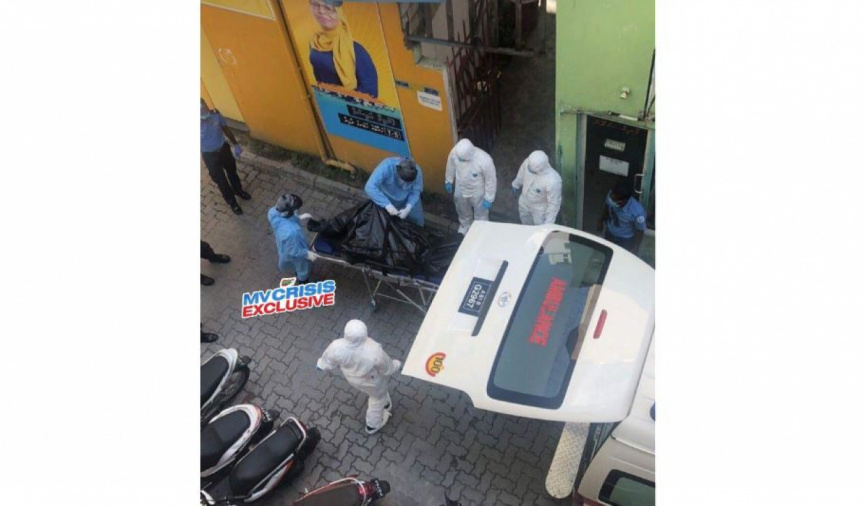 The body of a deceased migrant worker is removed from a guesthouse in Male' City on March 29, 2020. (Photo/MV Crisis)

A migrant worker has been found deceased inside a guesthouse located in Henveyru district of Male’ City.

A police spokesperson told Sun the case was reported to the agency at 9:10 am this Sunday.

The guesthouse is located in Kaasinjee Magu.

The deceased has been identified as a 33-year-old Bangladeshi male.

According to the police, the man had travelled to Male’ from M. Kolhufushi, and had consulted with a doctor at ADK Hospital over a stomachache on Saturday. He has been asked to come in for a follow up consultation this Sunday.

The body of the deceased has now been removed from the guesthouse.