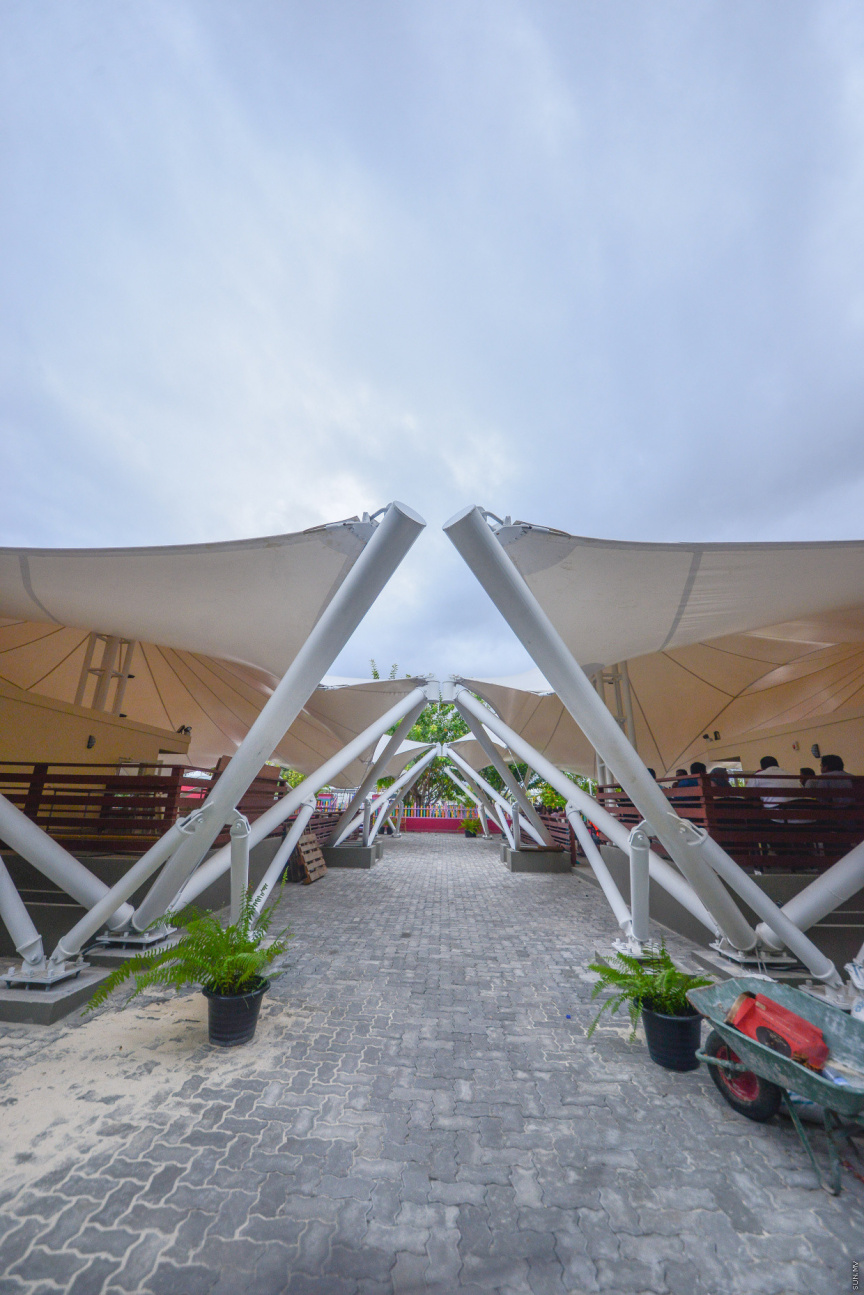 Entrance to the food courts in the South-West area of Male' city. (Sun File Photo/Fayaz Moosa)

State Trading Organization has announced that it will not be collecting rent from the food courts in the south-western area of Male’ city.

The government ordered the closure of all cafés and restaurants in Male’ City last Saturday, in a bid to contain the Covid-19 virus, meaning that cafés and restaurants operating in the capital are only allowed to conduct takeaway and delivery services. STO announced that it will not be charging rent from the food courts that are also affected by this order until the government decides to do otherwise.

The government order was focused on discouraging people from gathering in locations at a time when the world was faced with a dangerous pandemic. Health professionals have made repeated appeals to the public to stay indoors during this time when the government is taking stringent measures against the spread of the virus. Some of these measures include halting tourist arrivals to inhabited islands, halting excursions and even conducting collective prayers in mosques as well.

The Maldives has so far confirmed 13 cases of the virus. Five have made full recoveries but are still being kept in quarantine for further monitoring by the government.

Two units up for lease at Male’ Harbor Food Court

Male' city fully prepared for a lock down situation