Maldives capital fully prepared for a lock down situation 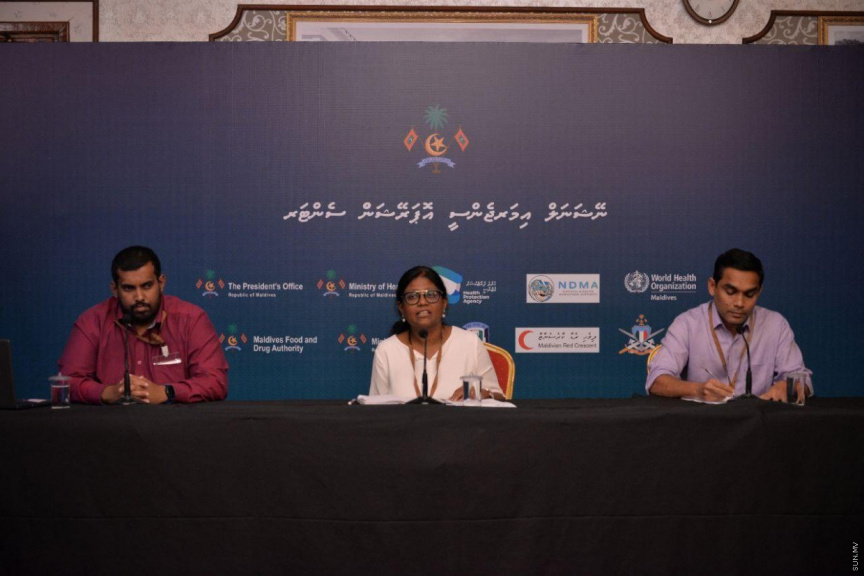 Authorities have announced that the capital of Maldives, Male’ city is fully prepared for a situation of lockdown.

In a press conference held by the National Disaster Management Center, HPA and Male’ city council, Mayor Shifa Mohamed stated that the important plans were formulated in case Male’ city was to be placed under lockdown. These plans included how residents would gain access to groceries and health services.

National Disaster Management Agency’s Deputy Chief Executive Umar Fikury stated that in case of a lockdown, the capital was to be divided into zones that would then be served via Incident Command Centers.

Each center will have MNDF officials, nurses, doctors and Police.

“Even if these sectors are not fully activated, we are prepared to activate to the Incident Command setup in case support is required by a household in Male’ area or Vilimale.” Said Umar.

General Health Services to be provided via centers

Dr. Ahmed Shaheed, speaking at the news conference today, announced that ways to provide medical help for elderly people, those with permanent illnesses and sudden emergencies through these centers were being formulated.

In case the virus spread, services generally available from hospitals would be reduced, and would solely be dedicated to virus cases. The Incident Centers would provide general healthcare to the public. He added that it would be extremely difficult to provide medical care for everyone at the main healthcare facilities if the virus was to spread.

“We are working on forming pools of doctors, nurses and health workers to provide medical assistance.” Said Dr. Shaheed.

Shops to provide groceries and supplies to houses

In today’s news conference, Mayor Shifa also announced that shops to supply houses under quarantine in a situation of lockdown has now been decided.

In total, 350 shops to provide supplies to each block of Male’ city, Hulhumale’ and Vilimale’ were now settled.

The households can send a list of items required that the shop will deliver to the house. Payments are to be made via transfers.

Households can also request authorities for such supplies. He added that an appropriate distance was to be maintained in such situations as well.

Leaflets on conduct daily life in lock down prepared