MBS: Blood donations to last for a week received, after public appeal by 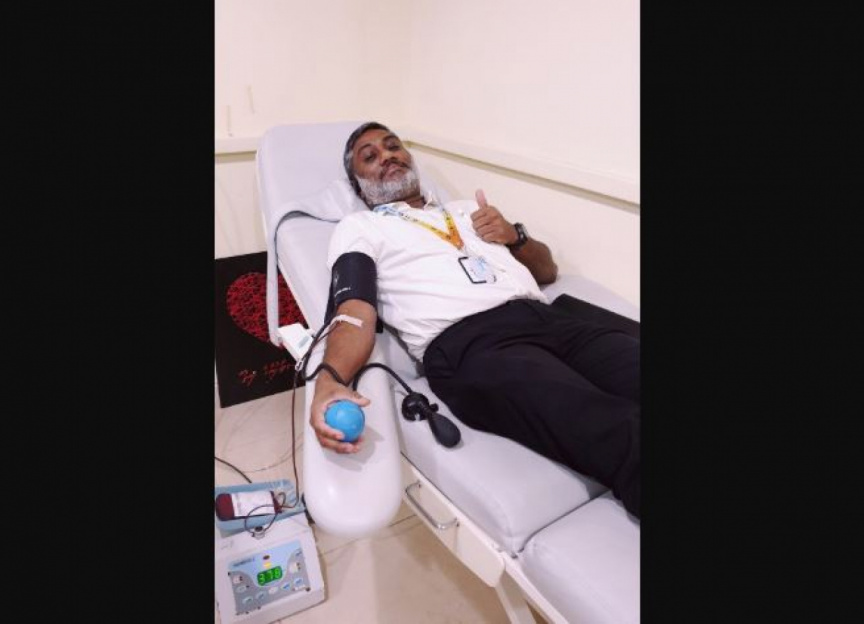 Maldives Blood Services (MBS) has stated that it had received enough donations of blood to last a week after appealing to the public to increase donations for Thalassemia patients. The center appealed to the public after blood donations for such patients began to reduce due to the situation with the Covid-19 virus in the Maldives.

Ahmed Umar, Associate Specialist in Pediatrics at MBS said to “Sun” that the number of donations had increased in the last three days after the center appealed to the help of the public.

Umar added that 83 people had donated blood on Saturday while 91 people donated yesterday. He estimated that the figures for today would be similar to the previous two days as well.

Lets do this!! Dr. Ahmed Umar @MBS_mv has given full commitment for #SocialDistancing during #BloodDonation. Let us go and support them. #COVID19 . Donate blood & save lives. https://t.co/5FEXezApor pic.twitter.com/GCjqgGh6Q5

“Now we have blood to last for a week. But no one knows how the current situation may change. If the situation gets worse, a shortage may rise.” Said Umar who added that those who wanted to donate blood should now contact the center via 3306089 and follow the instructions of the center.

One of the biggest groups of blood donators are resort employees and blood donation camps are often conducted in resorts across the country.

However, the recently announced public health emergency on March 12, has left the movement of many people, including resorts workers, restricted as a safety measure against the spread of the Covid-19 virus.

The political party, PPM, as well as NGOs and clubs in the country, also conducted blood donation camps recently to assist the Thalassemia center.

Blood bank running out of blood, in urgent need of O+