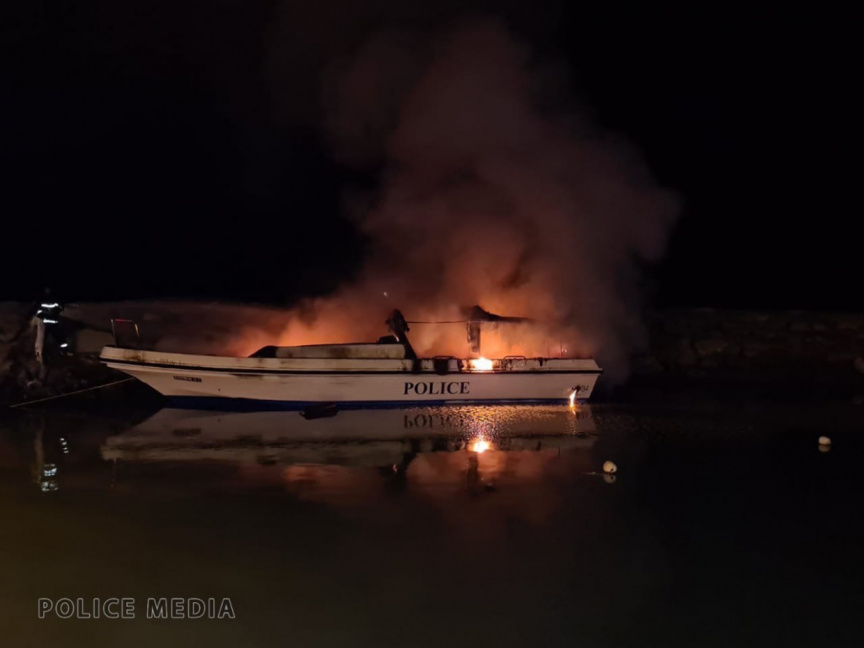 Police speedboat 34 burns down in an arson attack in L. Gan on March 22, 2020. (Photo/Maldives Police Service)

A police speedboat docked at the harbor in Thundu district of L. Gan has burned down in an arson attack.

A police spokesperson said the incident was reported to the agency at 3:45 am on Sunday.

The police speedboat 34 was damaged beyond use in the incident.

The rope tying the boat to the harbor had been cut, and the police are now investigating the incident as an arson attack, confirmed the spokesperson.

The fire was put out by MNDF firefighters approximately one hour after the incident was reported to the agency, at 5 am.

No one was harmed in the incident, and nothing else, except for the boat, was damaged.

The police are conducting a further investigation into the incident