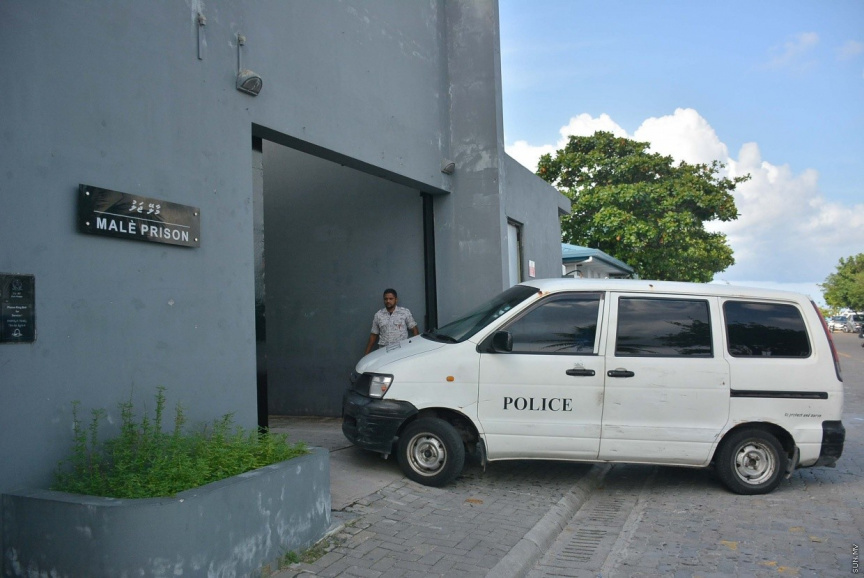 A statement by Corrections today stated that inmates in detention following the outcome of trials had prevented officers from duties and refused to cooperate with officers.

Minor injuries were inflicted on five officers and four inmates in detention. Medical aid was being delivered to the inmates, none of whom suffered any serious injuries.

Legal action would be taken against the prisoners and their families have now been informed of the situation, according to Corrections.

Corrections requested the help of Maldives Police Service following the fracas, before adding that threats were being received by officers. Corrections also stated that one of its officers was attacked with a hammer on the streets of Male’ city last night.

The statement also read that difficulties were being faced by employees and officers of corrections as well as inmates due to the misinformation being spread about the condition of prisons during this situation with the virus in the country. The statement also condemned the spread of misinformation which was creating enmity towards the Service amongst the public.

Other than the private meetings, the provision of clothing to inmates by family members has also been halted. Corrections also informed that phone calls to family members will be increased in order to extend the relationship between inmates and family members.

Suspected case of Covid-19 at VIA isolated